Not over for players who missed cut for volleyball pool 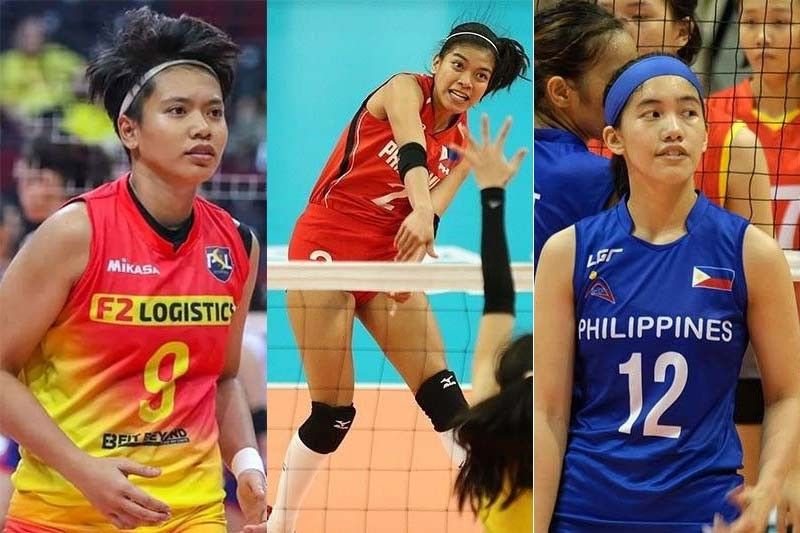 MANILA, Philippines — The 20-something volleyball stars who failed to join the Philippine team tryouts in Subic last month can still join the Nationals' training pool.

This was the announcement of the Philippine National Volleyball Federation (PNVF) on Wednesday following the release of the 16-woman training pool.

Per the federation, four to six other players will still be included to the pool once Brazilian coach Jorge Edson Souza de Brito deliberates those who have yet to be included in the list.

The pool is notably missing some of the sport's biggest names in Alyssa Valdez, Kalei Mau, Myla Pablo, Kim Fajardo and Jia Morado, who were among the players absent from the tryouts due to health and safety reasons.

According to women's coach Odjie Mamon, he needed to commend the 16 players who braved the threat of the novel coronavirus (COVID-19) to join the team's tryouts in Subic.

All were rewarded with a spot in the pool.

The national team is looking at a busy latter part of the year, with the Asian Women's Volleyball Championship and the Southeast Asian Games bannering the list of events slated for them.

Share
Previous Have arroz caldo while waiting for your next flight
Next ‘Hindi forever makakasama ang anak’: Emotional Amy Perez opens up about letting go of eldest child