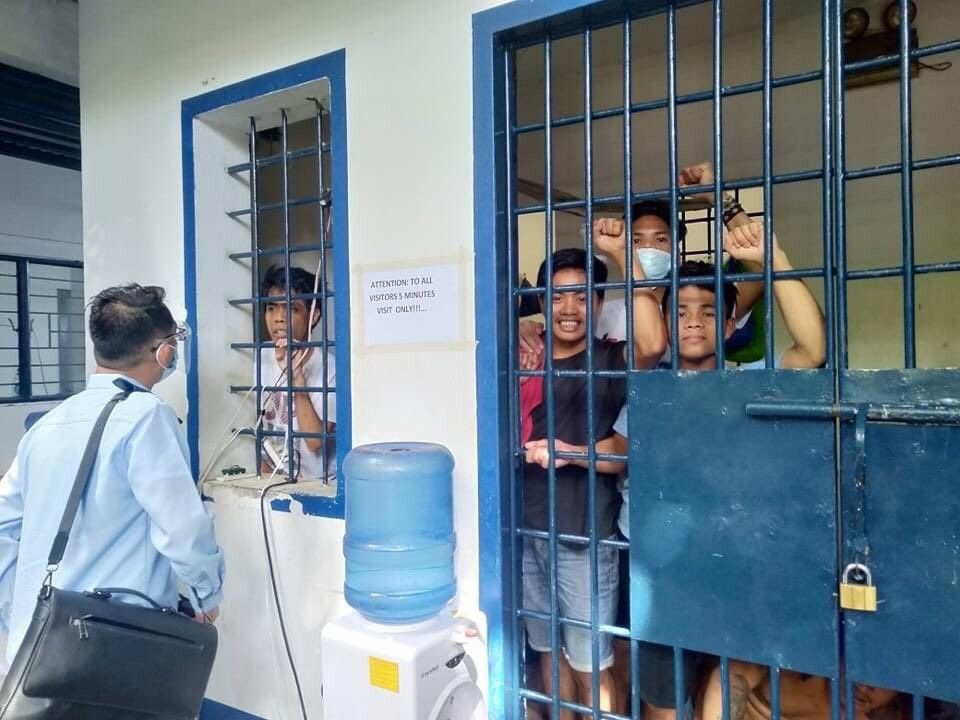 MANILA, Philippines — The Philippine government's anti-insurgency task force is preparing fresh complaints against the seven Lumad teachers and volunteers who were arrested in a raid on a Lumad Bakwit school in Cebu City in February for supposedly kidnapping and exploiting children who had no memory of those allegations.

Lawyer Marlon Bosantog, NTF-ELCAC spokesperson for Legal Affairs and IP Concerns, confirmed the development in a statement sent to reporters, saying the alleged violations of the Indigenous Peoples’ Rights Act of 1997 will "amplify the case" during a virtual conference with the parents and tribe leaders of the abducted students.

The task force did not specify what the violations were. Republic Act No. 8371 created the National Commission on Indigenous Peoples and penalizes, among other things, discrimination of indigenous peoples, unauthorized intrusion of ancestral lands, and the defacing of artifacts and other archaeological sites.

"This is a separate and distinct offense. Separate special offense from the (original) criminal case," Bosantog said.

Presidential Communications Undersecretary Lorraine Badoy, also a spokesperson of the NTF-ELCAC, said the task force would also a motion for reconsideration aside from the new violations. "This is only the first round…'baseless' is [a] template response," she said.

To recall, the initial kidnapping, child exploitation, and human trafficking raps slapped against the seven were dismissed by the provincial prosecutor of Davao del Norte for lack of jurisdiction as well as for insufficiency of evidence and lack of probable cause.

The seven, who are indigenous people themselves charged with violating a law meant to protect them, are:

Bosantog pointed out that the dismissal was due to lack of jurisdiction, saying the allegations committed "were out of jurisdiction of Davao del Norte, so the filing of the case is improper."

Philstar.com has sought National Commission on Indigenous Peoples chair Allen Capuyan for comment, though he has not responded as of press time. This story will be updated with his statement.

In February, operatives of the PNP Women and Children Protection Center along with social workers under the Cebu City Department of Social Welfare Services conducted what they say is a "rescue operation" on 19 Lumad minors.

The NTF-ELCAC reasserted in its statement the narrative that the minors were "taken by the communist group without their consent to be trained as child warriors"—a claim that has already been contested by the Cebu City Department of Social Welfare Services, which handled the children supposedly being rescued, and the University of San Carlos, where they were taken.

Even the government's own treatment of the supposedly rescued Lumad students has been cast into question after some of them were barred from being released to their parents.

The task force, along with the Philippine National Police have both asserted its accusations linking the seven to the communist insurgency in its official statements.

Save for the supposed testimonials from the children's parents, no basis for the accusations has yet been presented to the public.

The NTF-ELCAC also rebuked the Communist Party of the Philippines "for gloating too much over the dismissal of criminal cases filed."