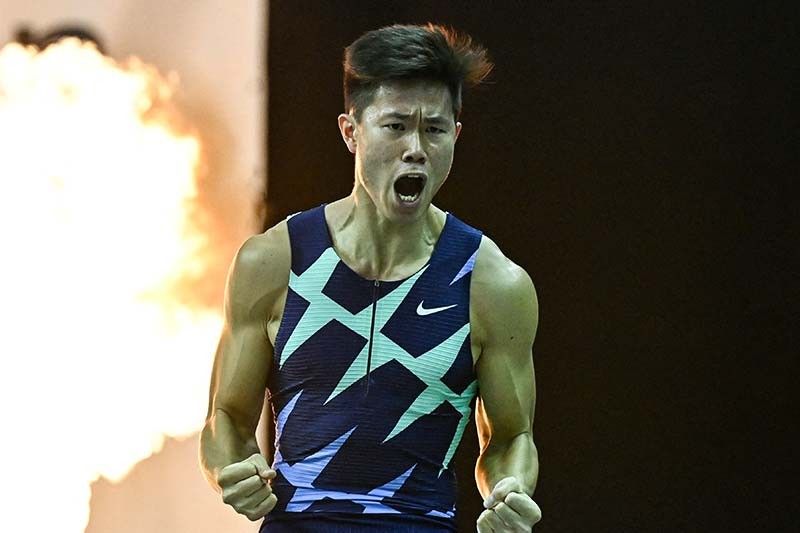 Obiena, who just won a gold medal just last June 3 and a silver medal on June 7, nabbed another first-place finish in the Jump and Fly competition in Mossingen, Germany on Friday (Saturday, Manila time).

Germany's bets filled in the other podium places with Zernikel Oleg clearing 5.7m for the medal while Kass Philip and Human Tom Linus with identical 5.4m for joint third place.

The pole vaulter also set a new Philippine outdoor pole vault record with a 5.85m clearance in the tiff — good enough for the gold.

He shattered a previous record he also set in 2019 when he cleared 5.81m in Chiara, Italy when he became the first Filipino to qualify for the Tokyo Olympics.

Obiena also has the indoor pole vault record with 5.86m clearance he clinched in the 2021 Orlen Cup in Lodz, Poland earlier this year.