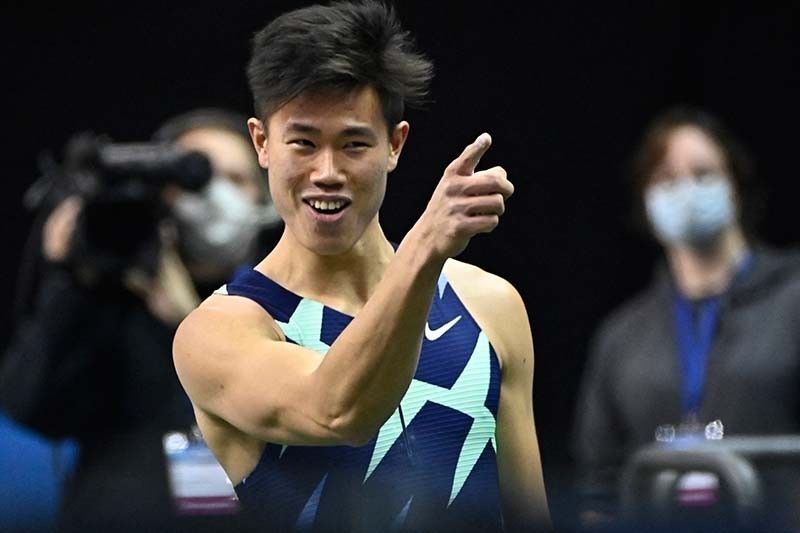 MANILA, Philippines – Filipino pole-vault ace EJ Obiena copped the gold medal in the Gothenburg Athletics Grand Prix in Sweden Thursday to show his readiness to compete in the Tokyo Olympics in July.

The 25-year-old Southeast Asian Games gold medalist needed just 5.70 meters to rule the meet ahead of 2016 Rio Olympic winner Thiago Braz of Brazil and Pal Haugen Lillefosse of Norway, who settled for a silver and bronze with a 5.65m and 5.60m, respectively.

Obiena, who has now zoomed to world No. 11, went for 5.80m but failed in three attempts.

Braz, Obiena’s training partner and friend in Formia, Italy, took the lead after clearing 5.65m on his first try but the latter seized the lead with a 5.70m also on his first attempt.

The Brazilian set out to reclaim the top spot with a 5.75m but he fell short in three tries, enabling the Filipino to snare the mint.

It was the third golden effort by Obiena this year after reigning supreme in the PSD Bank Indoor Meeting in Dortmund, Germany where he had a 5.65m and ISTAF Indoor Meet in Berlin where he vaulted to a 5.80m both in February.

Obiena is hoping to improve on a personal-best 5.86m he set in the Orlen Cup in Lodz, Poland also in February as he ramps up his training with less than two months to go before Tokyo.

He is also eyeing to become the first Filipino Olympic medalist in athletics since Miguel White captured a 400m hurdles bronze in the 1936 Berlin Games.