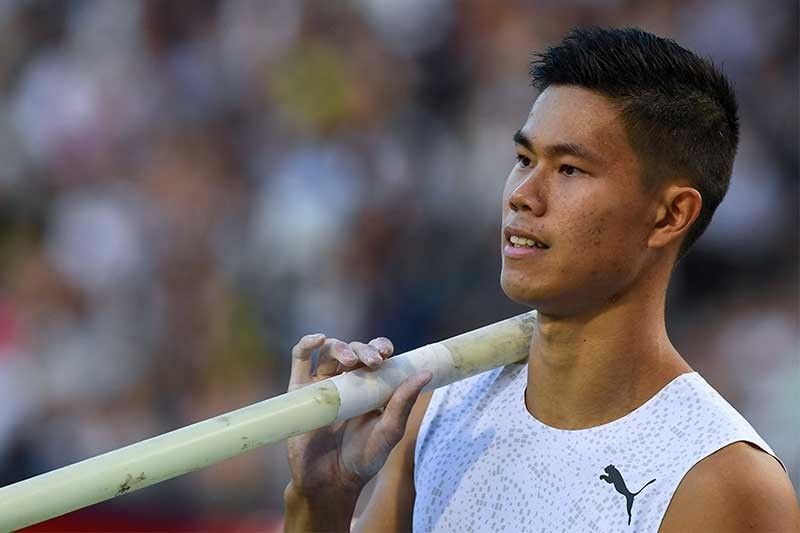 Clearing 5.93m in the tiff, Obiena shattered the previous national record of 5.91m, which he also set just a few weeks ago in the Paris Diamond League.

The Filipino needed all three attempts to clear 5.93m.

The gold medal was already in the bag for Obiena when all other participants bowed out after 5.80m.

Coming in second is the United States' Matt Ludwig with a single attempt to clear 5.60m while Turkey's Ersu Sasma took two tries to clear the same height.

Obiena is fresh from a fourth-place finish in the Wanda Diamond League Final in Zurich, Switzerland.