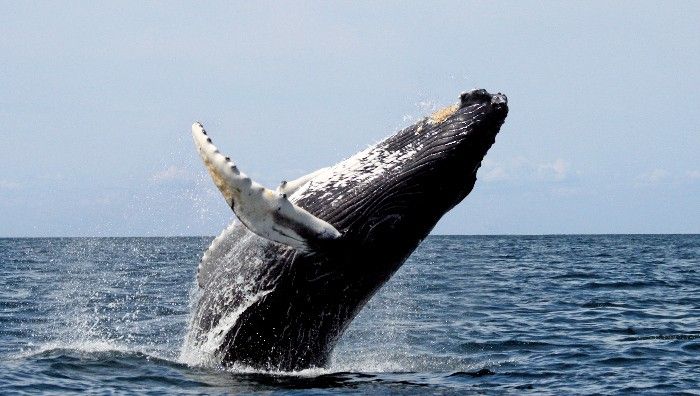 MANILA, Philippines — A massive offshore mining project off the waters of Cagayan province could threaten endangered marine mammals that thrive in the area and result in a further decline in fisheries production, organizations warned Monday.

The Philippine Marine Mammal Stranding Network called on the Department of Environment and Natural Resources to reconsider the permit it had issued to the JDVC Resources Corporation to proceed with its offshore mining operations as the damage to the environment, particularly to marine life, will be “irreversible and will ultimately adversely affect” fishers in the province.

The project is said to be the first large-scale offshore mining in the Philippines. The firm is allowed to mine within an area of 1,092.59 hectares, located 14 kilometers offshore from the town of Gonzaga.

The company’s operations focus on the mining of magnetite, which is used in iron and steel industries.

PMMSN, a group of individuals committed to responding to stranded marine mammals, said the waters between Babuyan Group of Islands and mainland Luzon, particularly the Balintang Channel, has the highest marine mammal species diversity in a regional scale.

The dugongs found near Palaui Island are also classified as critically endangered.

“Moreover the offshore mining site is part of the only known breeding area for humpback whales in the Philippines. The humpback whales from various parts of the north Pacific basin visit the area from November to June every year to breed,” PMMSN said.

Noise and pollution that will emanate from the mining would affect the marine mammals in the area and would cause an increase in marine mammal strandings in the province, PMMSN pointed out.

According to the project fact sheet uploaded on the website of DENR’s Environmental Management Bureau, the extraction process through siphon vessel with magnetic separator, poses “no hazard at all and no social complication as the siphon vessel is stationed at the ocean far from the shore.” “This proposed large-scale offshore mining will further exacerbate this dire situation,” it said.

Kalikasan People’s Network for the Environment, meanwhile, warned that offshore mining projects would increase the flood risks of coastal municipalities in Cagayan.

The group also slammed the government’s move to order the renegotiation of the contract of Australian-Canadian mining firm OceanaGold. OceanaGold’s Financial or Technical Assistance Agreement covers some 12,332 hectares in the Caraballo-Maparang mountain ranges, where the northernmost headwaters of the Cagayan River originates.

Scientists’ group Advocates of Science and Technology for the People (Agham) earlier said the degraded condition of watershed areas due to deforestation and other land disturbances contributed to the severe flooding in Cagayan following the onslaught of Typhoon Ulysses last month.

Share
Previous Once someone is vaccinated, do they still have to wear a mask? Your COVID-19 vaccine questions answered
Next SWS: Only 16% of Filipino families say they aren’t poor