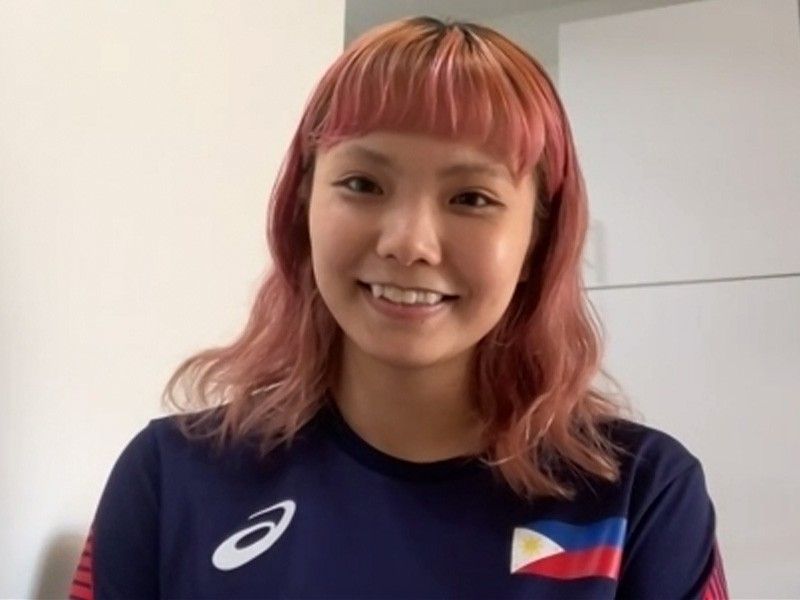 The 29-year-old is listed eighth in the latest world Female Kumite -50 kg category rankings by the World Karate Federation and she won in her weight class in the Golden Belt Karate tournament in Cacak, Serbia last March.

Should Tsukii book a spot in the upcoming Tokyo Olympics, it will mean everything for her.

She was born in Pasay to a Filipina mother and Japanese father, Shin, who has also trained her in karate as a youngster. Her family relocated to Japan when she was only three years old.

Although she has previously competed for Japan’s youth karate teams and done well for herself, Junna decided to compete for the Philippines’ flag instead.

“It’s a chance to help develop the karate situation in my mother’s homeland,” reasoned out the 29-year old.

Now, she is looking to join the Philippine contingent to Tokyo. Of course, if she qualifies. And if she does make it, she will move up to the -55 kg category.

“A heavier class,” she said with a smile.

“During this covid situation, I was training in Japan,” Tsukii told this writer from her dorm in Serbia last Sunday afternoon. “I cannot go back to the Philippines because my ticket was cancelled. I heard that in Serbia, if I come here, I can train under any situation. And the second reason is they have strong players and that will help in my training.”

Despite being by herself in Serbia, Junna has acclimated quite well. “This is my third time here in Serbia and I know my way around. I can even speak a little Serbian now,” she joked.

Junna has been training against men to help prepare her for the competition. “They are taller and they have the reach and are faster,” she pointed out.

The talented karateka is wrapping up her training in Serbia and by June 7, she will join the rest of her national teammates who are in Turkey. This of course is pending the results of her COVID-19 test.

Tsukii admitted that she had yet to be vaccinated for the virus.

“I cannot think about that (for now),” she admitted. “Every day, it’s just hard work and belief in myself.”

After all, it’s about making it to the Tokyo Olympics that would mean so much to her and her family as well as the Philippines.