For Dr. Paula Cleiman, the first wave of the pandemic brought constant fear.

Like many of her colleagues in a Toronto hospital, the emergency physician worried whether the new virus circulating the globe could spread through tiny particles in the air and whether her department would run out of protective gear.

Nearly a full year later — and four months into a maternity leave with her third child — Cleiman has a new concern. Despite being a front line health-care worker who cared for COVID-19 patients while pregnant, she’s now barred from getting vaccinated against the virus because she’s breastfeeding.

“Many vaccination centres across Canada are not allowing pregnant and breastfeeding women to get vaccinated, including the hospital I work at,” she told CBC News. “It’s been quite disappointing, to say the least.”

“Pregnant individuals at high risk, such as front-line health care workers, may choose to receive the vaccine, and they should be supported,” said Dr. Constance Nasello, president of the OSOG.

The push comes amid ongoing controversy over the country’s patchwork approach to COVID-19 vaccine policies, which include official recommendations in Ontario stating that anyone pregnant or breastfeeding should not receive the vaccine.

Ontario’s stance is tied to a key issue: Pregnant people weren’t involved in the trials for the Pfizer-BioNTech and Moderna vaccines now approved in Canada, so there’s no data available on the safety and efficacy of either option for that group.

That’s led to various policies and recommendations for people who are pregnant or breastfeeding — but those differ among provinces and aren’t always applied in the same manner, even from hospital to hospital in the same region.

Toronto’s University Health Network, which operates multiple hospital sites, is among those currently adhering to Ontario’s Ministry of Health recommendations.

“At present, the consent and registration form and the medical directive from our medical advisory committee follows the ministry advice and does exclude pregnant women,” said Gillian Howard, a spokesperson for the network.

But not all health care networks are taking that approach, including the Toronto East Health Network (TEHN), which operates Michael Garron Hospital in the city’s east end.

“We recommend that people who are pregnant have a risk-benefit discussion with their obstetrical provider about the vaccine and COVID-19 infection so they can make an informed, personal decision about vaccination,” explained TEHN spokesperson Shelley Darling.

“If they’ve done this and consent, they are able to get a vaccine.”

Quebec, like Ontario, isn’t currently vaccinating anyone who is pregnant, with the province stating the vaccination of “pregnant women will be determined based on future studies on vaccine safety and efficacy in these people.”

British Columbia strikes a different tone, stating that while neither approved COVID-19 vaccines are recommended for anyone pregnant until more research is conducted, those interested should talk to a health care provider and make their own decisions.

“For some people, the risk of being infected with COVID-19 may outweigh any potential risk associated with receiving a COVID-19 vaccine,” it reads.

That’s the same stance held by the federal government.

Canada’s external, independent National Advisory Committee on Immunization recommends that, while the shot shouldn’t be routinely offered to populations excluded from clinical trials — which also include people with suppressed immune systems or autoimmune conditions — it may be provided based on the level of risk and informed consent. 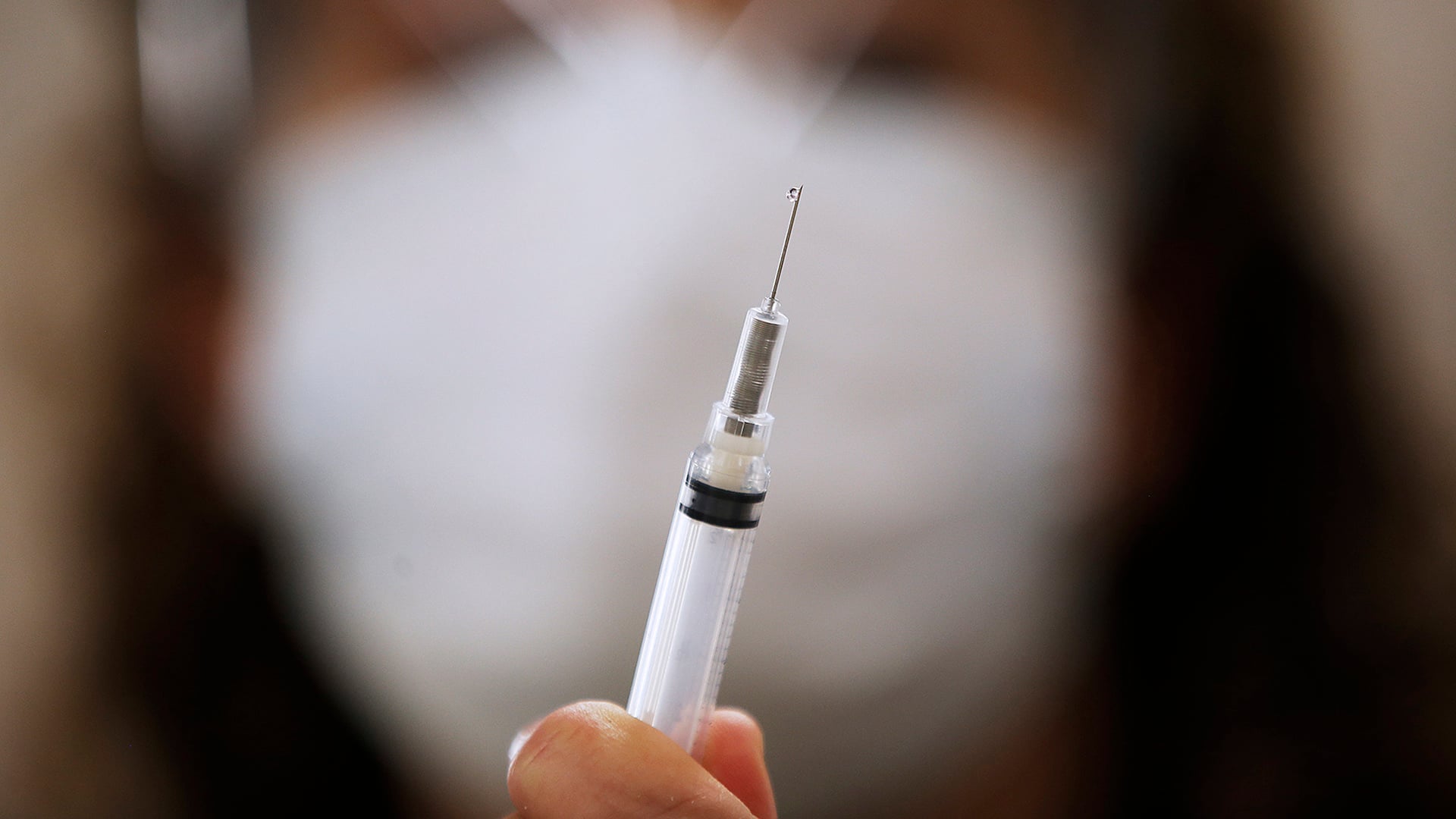 After facing criticism for the speed of Canada’s COVID-19 vaccine rollout, the provinces are promising to ramp up their efforts to get vaccines to more people sooner.2:40

Nasello and the OSOG maintain the benefit of vaccine protection during pregnancy in preventing COVID-19 is “greater than the risks of taking the vaccine.”

“Obstetricians have always had to make science-informed decisions on the use of medications in pregnancy and lactation,” Nasello said in a statement. “Pregnancy is a particularly dangerous time for women.”

Emerging evidence shows a higher rate of ICU admissions and severe disease among pregnant women with COVID-19, the OSOG noted in its statement.

A data analysis on hospital admissions released in December from the University of British Columbia looked at pregnancies in B.C., Alberta and Ontario during a stretch of the pandemic from March to September and found pregnant women with COVID-19 were at increased risk of hospitalization.

Out of more than 350 pregnant Canadian women hospitalized during that time, 11 per cent were admitted due to COVID-19 — a percentage that was several times higher than the COVID-related admission figures for all women of child-bearing age — the study found.

“They should be at the front of the line, unless we have very strong evidence that they ought not to be — and we just don’t have that evidence right now,” said researcher and public health policy expert Alison Thompson, an associate professor at the University of Toronto.

Thompson acknowledged the ethics can be thorny when it comes to vaccinating groups not involved in clinical trials.

It was a mistake to not include various groups in that early research, she said, which now leaves policy makers without key data to make decisions on who should get the shot or not.

But Thompson said Canada can work around that information gap by using vaccine registries to track the impact, reviewing new evidence as the vaccines roll out more widely, and basing decisions in part on the success of past vaccines.

“We know there are vaccines that are safe for pregnant women, the immunocompromised, the elderly, and others not typically included in clinical trials,” she continued.

A spokesperson for Ontario’s Ministry of Health told CBC News the province is “actively consulting with appropriate medical specialists and reviewing current available evidence and will update the advice accordingly.”

“These options are just not acceptable … to deny women who have given so much their vaccination,” she said.

Funeral today for Muslim family in London, Ont., attack seen as a chance to start healing