The Ontario government says it will take steps to ensure consumers are better protected from high pressure sales tactics when they buy funeral and cremation services in the province.

In a report released on Monday, Auditor General Bonnie Lysyk found that consumers are not adequately protected from such tactics when purchasing funeral services in Ontario.

A value-for-money audit of the Bereavement Authority of Ontario (BAO), an agency founded four years ago that regulates licensed funeral homes, cemeteries, crematoriums and services that transfer the dead to places of interment, found that it must do a better job of requiring the industry to be transparent about pricing.

Treasury Board President Peter Bethlenfalvy acknowledged on Monday that changes are needed and consumer protections are important.

“The ministry of government and consumer services will direct that the Bereavement Authority of Ontario provide an implementation plan that outlines the specific steps that they plan to take to address each recommendation in a timely manner,” he told reporters at Queen’s Park.

“We are grateful for the work that has been done on this and we can and will do better on behalf of the people of Ontario in this very important area.”

Lysyk said a lack of key purchasing information makes it difficult for people to comparison shop at a time when they must make decisions quickly and under emotional duress.

“We were … surprised by what we saw,” she said.

In a news release, the office of the auditor general said: “The audit concluded the BAO does not effectively protect people who are purchasing funeral services and products after a loved one has passed.

“The BAO does not require key purchasing information, such as price lists of funeral services and products, to be transparent and easily accessible by the public, who are often subject to high-pressure sales tactics,” the release continued.

“The audit also found there are no industry standards on packages, fees, deposits and cancellation policies, making price comparisons and informed decisions difficult.” 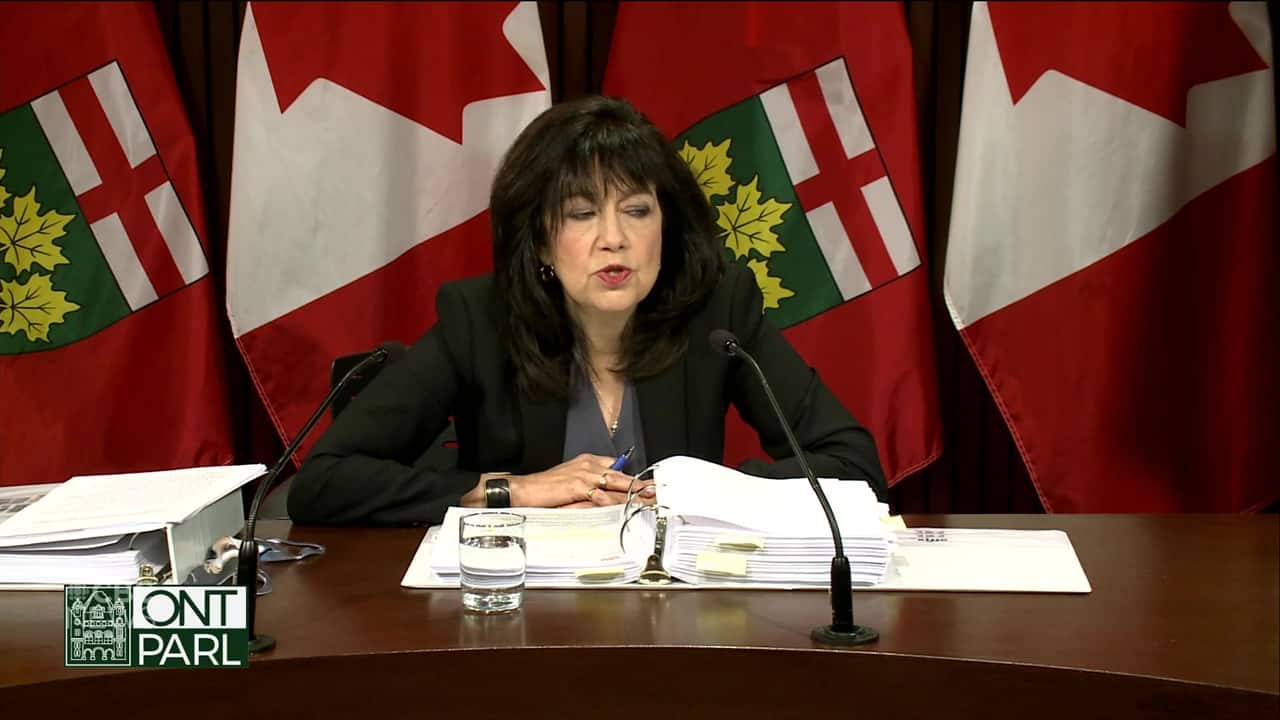 Auditor General Bonnie Lysyk’s annual report, released Monday, found the agency that oversees Ontario’s funeral industry is doing too little to protect people from getting ripped off during their time of bereavement. Dalia Ashry has more.2:33

Ontario’s auditor general hired a firm to conduct mystery shopping investigations into 100 operators of funeral homes, transfer services, cemeteries and crematoriums of various sizes across Ontario in the summer. At half of the operators, the mystery shoppers reported they experienced sales pressure or were given misleading information.

Scott MacCoubrey, president of the Ontario Funeral Service Association, agrees that things need to change. But he said the BAO has only 25 staff members and the authority is responsible for every funeral home, cemetery and crematorium in Ontario.

“I find it amazing that they do as a good a job as they do,” MacCoubrey said.

MacCoubrey said the association will work with the authority to ensure the auditor general’s recommendations are followed. He added, however, that high pressure sales tactics must come to an end.

Werenich wanted to bury the urns containing the remains of her father, mother and brother together in one grave in the spring of 2019. She said she was told she would have to pay $7,800 for the service when she talked to a funeral home in Mississauga. The urns were the size of Kleenex boxes, she said.

“I thought they were worse than used car salesmen,” she said. “It left a sour taste with me.”

She decided instead to have the three urns buried in a family plot in her father’s hometown of Swan River, Man. The cost of digging up the grave was $600 with another $550 for work on the burial plot. In April this year, the three urns were finally placed together in one grave.

Consumers should feel no shame in shopping around for this service, she said. She added that people who work at funeral homes should be funeral directors instead of professional sales people.

The following are some findings by Lysyk: