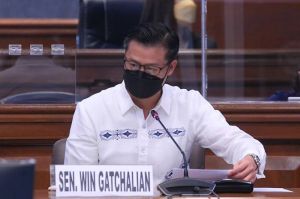 SEN. Sherwin Gatchalian on Friday described as “a great disservice to teachers” the Procurement Service-Department of Budget and Management's (PS-DBM) purchase of outdated and overpriced laptops.

Gatchalian, who chaired the Senate Committee on Basic Education in the past Congress, cited the 2021 report of the Commission on Audit (CoA) on the Department of Education (DepEd) that noted that the laptops were too expensive for an entry-level computer, “resulting in a significant decrease in the number of units provided to intended users.” The DepEd budgeted P2.4 billion for the laptops with funding from the “Bayanihan To Recover As One Act” (Republic Act 11494) or Bayanihan 2.

Gatchalian said the CoA found that under the DepEd's Agency Procurement Request (APR), the price for a laptop was P35,046.50. The PS-DBM-approved budget for the contract (ABC), however, was P58,300 per laptop.

The CoA also said it could not say how the PS-DBM came up with the P58,300 price tag, which the DepEd duly accepted.

Because of the higher per-unit cost, the number of laptops to be procured had to be reduced from 68,500 to 39,583. As a result, 28,917 teachers did not receive laptops, Gatchalian said.

The CoA also noted that the delivered computers were too slow because their processor was the outdated Intel Celeron.

Last year, Gatchalian called for the abolition of the PS-DBM. He noted that some government agencies transferred their procurement funds to the PS-DBM, so they would not be flagged for not fully utilizing their budget or for not using their budget at all.