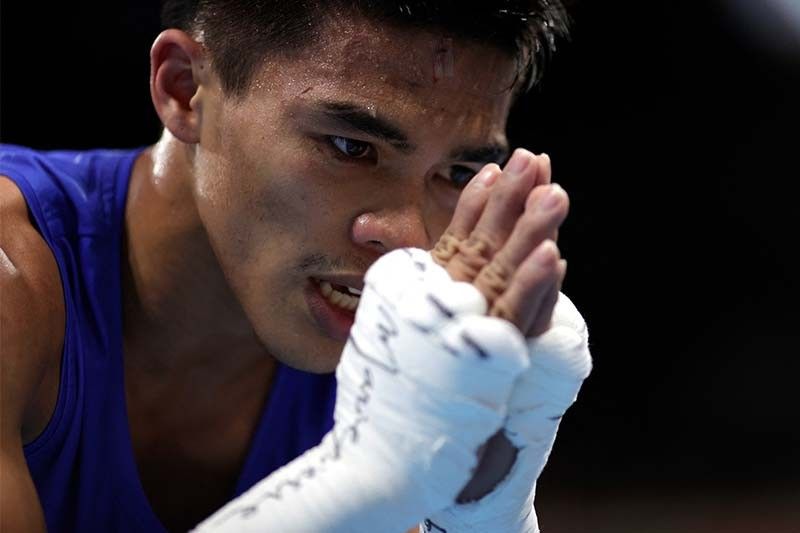 MANILA, Philippines — Carlo Paalam recovered from a first-round knockdown but came up short in trying to turn the tide against Great Britain’s Galal Yafai to settle for a silver medal in the men’s flyweight boxing competition of the Tokyo Olympics Saturday

Paalam went down in the opening round after trading blows Yafai, who landed a combination to the Filipino’s head to score a knockdown. But the pride of Cagayan de Oro showed resiliency and durability in the next two rounds, going toe-to-toe with Yafai who likewise stood his ground and responded with his own offense.

In the end, Paalam’s efforts weren’t enough to convince majority of the judges, four of whom had it in favor of Yafai, 29-28, while the other had it reversed in favor of the Filipino.

Paalam thus wrapped up Team Philippines' campaign in Tokyo with another silver medal to add to the one won by Nesthy Petecio, and the bronze by Eumir Marcial.

He had a stellar journey to the final in Tokyo, outclassing every opponent that stood in his way. He outpointed Ireland's Brendan Irvine in his Olympic debut, then defeated Mohamed Flissi of Algeria in his next fight.

He shone the brightest in his next two bouts when he put up masterclasses against Olympic champion Shakhobidin Zoirov and home fighter Ryomei Tanaka en route to the final.

Team Philippines finished with a gold, two silvers and a bronze in its best Olympic appearance in history.