Pacio confident ahead of title defense vs fierce rival Saruta

Pacio confident ahead of title defense vs fierce rival Saruta 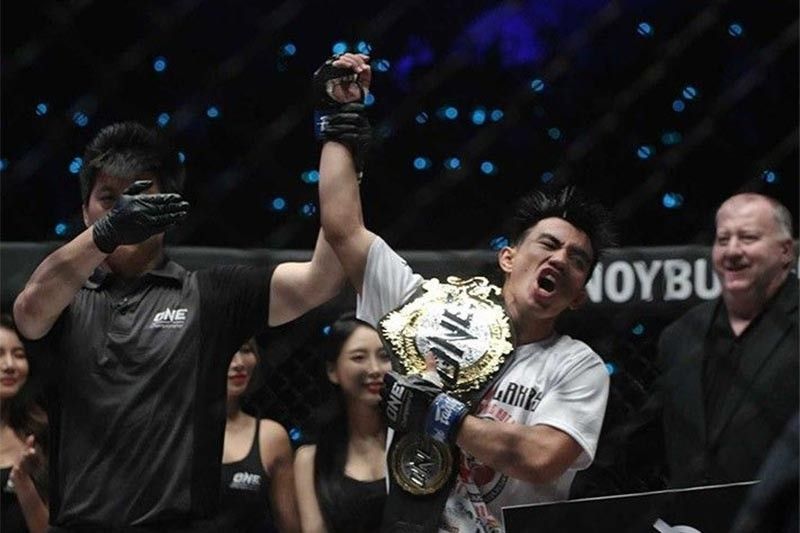 MANILA, Philippines — Team Lakay's Joshua Pacio is optimistic of his chances in defending his ONE strawweight world championship and retaining the distinction of being the promotion's only remaining Filipino titlist come September 24 in ONE: Revolution.

Pacio is brimming with confidence even as he's slated to take on rival Yosuke Saruta in his first taste of action since early 2020.

Being out of the ONE Circle for so long, Pacio plans to come out with guns blazing in his trilogy fight against Saruta.

"I'm so fired up to get back inside the ONE Circle. It's been a year and a half since my last outing and I really miss the feeling of being inside that Circle and defending the belt," said Pacio.

"Adding to my excitement is that my wish was granted, with Saruta topping the contender's list and he really is deserving to face me again for the third time," he added.

Saruta and Pacio's rivalry has been a storied one, with the strawweight strap changing hands each time the two fighters met.

But while the Team Lakay fighter expects a great challenge from Saruta, he believes he will be able to defend his title once again.

"What you'll see [on fight night] are two great warriors who are willing to risk it all inside the circle. But at the end of the night, only one will come out victorious," said Pacio.

"And still," he added of what will be the outcome.

Pacio's title defense against Saruta is a co-main event in ONE: Revolution that will see three world titles at stake at the Singapore Indoor Stadium.

Christian Lee will stake his ONE lightweight world championship against Ok Rae Yoon of Korea in the main event, while Capitan of Thailand will defend his kickboxing title against Algeria's Mehdi Zatout in the co-main event.

Also in the card is Pacio's stablemate Lito Adiwang, who will see action for the second time this year against China's Hexigetu in the lead card.

Another Filipino, Roel Rosauro, will fight in the first bout of the night, taking on James Yang of the United States.