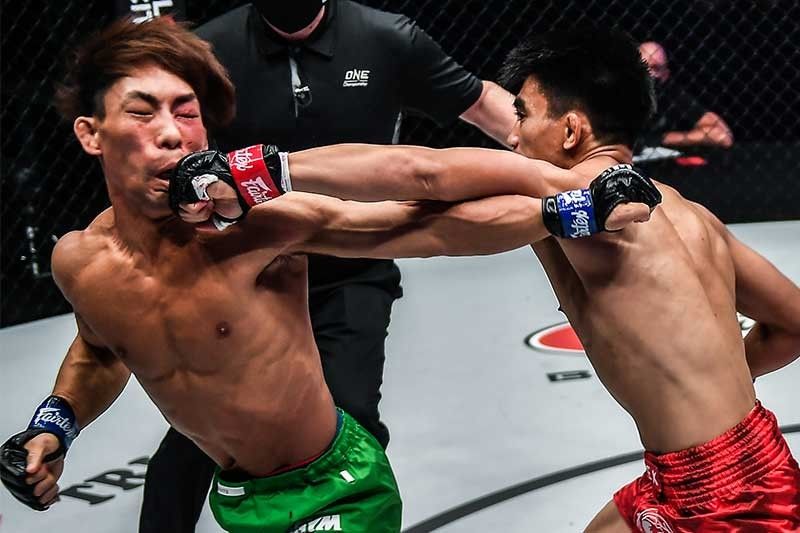 MANILA, Philippines — Joshua Pacio only needed a little less than four minutes to put an end to his rivalry with Japan's Yosuke Saruta and defend his ONE Strawweight World title in "ONE: Revolution" held in Singapore on Friday.

But going into the fight, he thought that the explosive challenger would bring the grind in all 25 minutes of action.

Pacio destroys Saruta in first round to retain ONE strawweight title

"I expected that it will go 5 rounds," Pacio told media after the fight.

"But like what I’ve said in my past interviews if I see an opportunity for a knockout or a submission I will pull the trigger," he added.

Pacio did pull the trigger in the final two minutes of the opening round, when he caught Saruta with a right counter which led to a flurry of heavy punches that subdued the Japanese fighter.

While it didn't go the distance and cut the action short at 3:38 in the first, there was no shortage of fireworks in the fight that put an emphatic end to any doubts who was the better fighter among the two.

He also became the first-ever Team Lakay fighter to win a trilogy fight in ONE Championship.

The 25-year-old shrugged off the title of "curse breaker", though.

"For us we don’t think of trilogies as a curse, that’s not on my mind coming up to this fight, the important thing is I'm 100 percent physically, spiritually and emotionally ready coming to this fight," said Pacio.

Now with his rivalry with Saruta closed, Pacio says he already has some names in mind for his next title fights.

"A trilogy with [Yoshitaka] Naito would be great because he is the top 2 contender," said Pacio.

"Or Naito vs Bokang [Masunyane] and whoever wins [between them] I'll fight," he added.

"ONE: Revolution" had three title fights at stake, including Pacio's.

Pacio's stablemate Lito Adiwang also had a win in the card with a convincing decision win over China's Hexigetu.