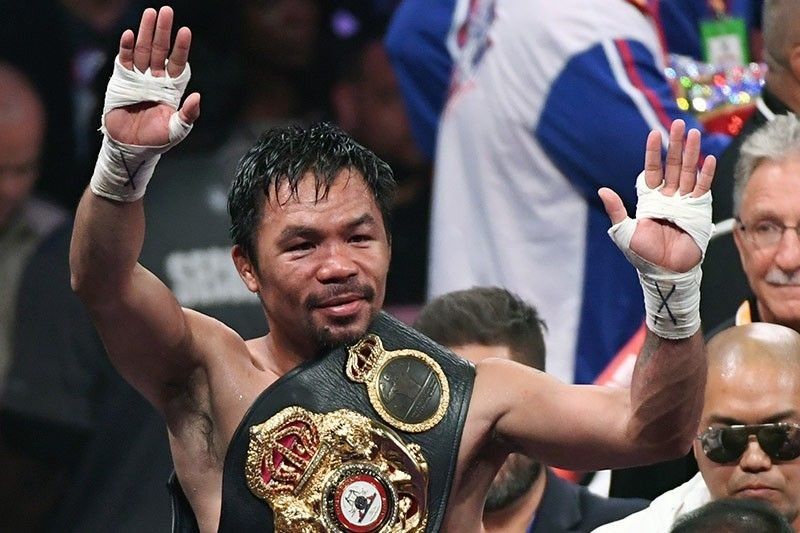 MANILA, Philippines – Sen. Manny Pacquiao has a lot of naysayers coming into his upcoming clash with IBF and WBC welterweight titlist Errol Spence Jr. because of his advanced age in the sport.

But one of the few who is choosing not to listen to the doubters is Pacquiao's fellow Filipino boxer and future Hall of Famer Nonito Donaire Jr.

Having turned back Father Time himself with a vintage performance over French boxer Nordine Oubaali just a couple of weeks back, the Filipino-American pug knows more than anyone that "age is just a number".

"I don't believe in age unless you're all the way past the time, of course," the 38-year-old told The Game.

"I believe with the proper training, proper mentality going into the ring… Pacquiao is one of those guys who's always gonna be dangerous," he added.

Pacquiao had already showed he had much left in the tank when he stopped Keith Thurman in July 2019 for the WBA (Super) welterweight title.

But now, almost two years removed from the unlikely performance, cynics remain critical of the 42-year-old Pacquiao's chances against the 31-year-old Spence.

Donaire, however, isn't counting out the eight-division champion and expressed his belief in his compatriot as soon as he won over Oubaali.

"He can do it. If he sees me do it he's gonna do it," said the WBC bantamweight titlist in an interview with ESNews last May.

Pacquiao is expected to lock horns with Spence at the MGM Grand Garden Arena in Las Vegas on August 21 (August 22, Manila time).