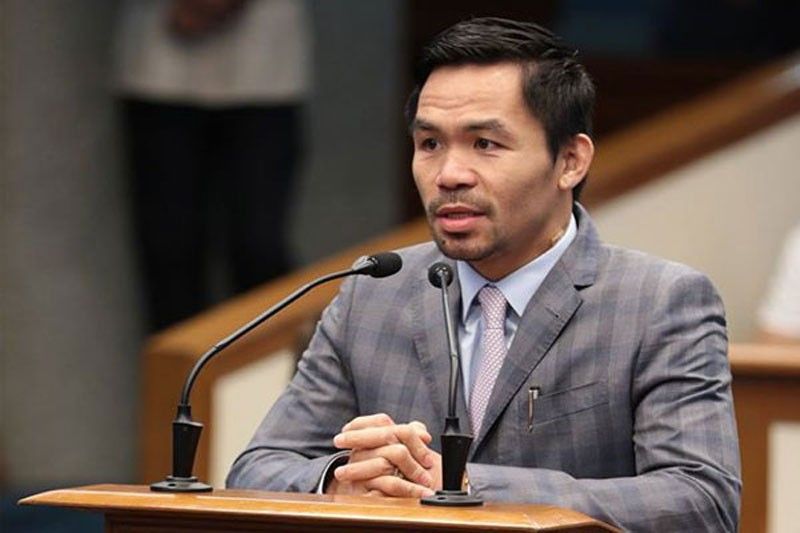 In a May 25 memorandum obtained by Philstar.com, Pacquiao told PDP-Laban members that they are “strongly advised to ignore” Cusi’s invitation for a national assembly as this is supposedly not sanctioned by national party officers.

LOOK: Senator Manny Pacquiao, PDP-Laban national president, issues a memo to all party members to ignore party Vice Chairman Alfonso Cusi’s call for a national assembly on May 31. He says this call is not authorized by the party’s national officials. @PhilstarNewspic.twitter.com/Yl8qVN8mz5

Pacquiao said Cusi’s call violated the PDP-Laban’s constitution, but did not indicate if the energy secretary will be sanctioned.

“Any call for a national council, assembly or meeting must be approved by both the chairman and president only,” the senator said.

“This is not the time for politics. Instead, let us help our country ravaged by the COVID-19 pandemic,” he continued.

Cusi confirmed to Philstar.com that he did call for a meeting of the national council, but refused to comment on Pacquiao’s memo to PDP-Laban members.

Fissures in the ruling party have begun to emerge in the run-up to next year’s elections.

Pacquiao previously warned Cusi against “poisoning” the minds of their partymates as he is reportedly pushing for President Rodrigo Duterte to run for vice president when the national leadership says it is focused on responding to the COVID-19 pandemic.

PDP-Laban’s leadership had disowned calls from its own members for Duterte to run as vice president in next year’s elections.

The Bulacan chapter of PDP-Laban also passed a resolution expressing “strong disapproval” of Pacquiao’s comments critical of Duterte, who is the party’s national chairman.