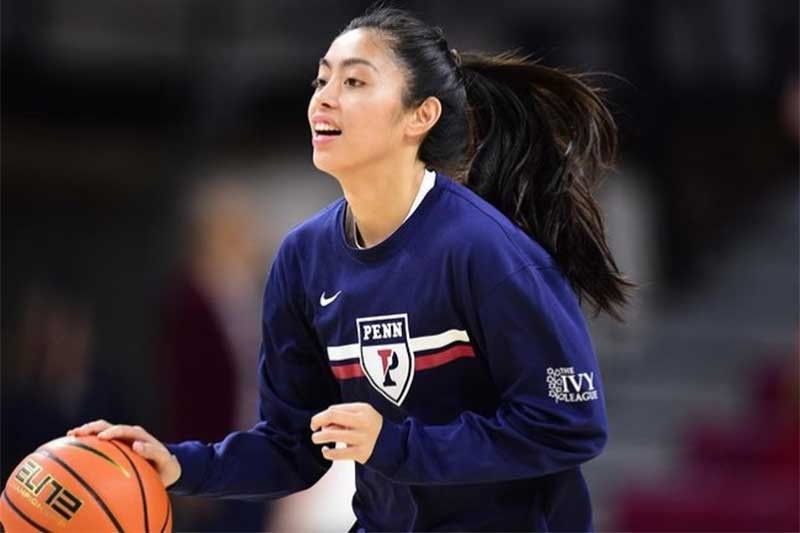 MANILA, Philippines – A 31-point explosion by Gilas women prospect Kayla Padilla was not enough to arrest UPenn's losing streak as they fell to St. Joseph's, 83-70, at the Palestra in Philadelphia on Tuesday (Wednesday, Manila time).

After going down 12 points at halftime, 44-32, the Quakers fell short of a comeback as they dropped to 4-6 for the season.

Padilla pulled off all the stops to try and break Penn's losing slump as she played 39 minutes in the game.

She sank five 3-pointers and was 6-of-7 from the charity stripe to lead the Quakers in scoring.

But she didn't have any significant support from her teammates as she was the only UPenn player in twin-digit scoring.

Padilla also had five assists, one rebound, one assist and one block in the game.

Elsewhere, Padilla's fellow Filipino-American player Ella Fajardo has yet to make her debut for the Fairleigh Dickinson University Knights.

The Knights have played eight games in the season and Fajardo has yet to play a single minute.

In the men's side, Remy Martin went scoreless in 22 minutes of play for the Kansas Jayhawks in their 78-52 drubbing of UTEP at the Sprint Center in Kansas.

Martin, though, had three rebounds, two assists, two steals and a block in the win as Kansas improved to 7-1.