The weather bureau in its 5 p.m. forecast said Bising now has a maximum sustained winds of 205 kilometers per hour, and gustiness of up to 250 kph.

It was last seen at 290 km east of Virac in Catanduanes, and decelerated to 15 kph at a west northwestward direction.

PAGASA's warning of moderate to heavy with ocassional intense rains remains over Eastern Visayas and Bicol Region, as well as in Northern Samar.

"Under these conditions, flooding (including flashfloods) and rain-induced landslides are likely to occur especially in areas identified in hazard maps as highly or very highly susceptible to these hazards," it said.

The agency warned too of "destructive typhoon-force winds" that could extend outward up to 110 km from the center of the typhoon.

Bising will continue to move northwestward and is seen to slow down as it shifts to a more northward direction by Sunday night or Monday morning.

By afternoon of April 18, the following areas are still under PAGASA's Tropical Cyclone Wind Signals:

In a release, the Philippine Coast Guard sa 2,055 individuals are stranded across Eastern Visayas, Bicol, Central Visayas and North Eastern Mindanao as of 4 a.m. today.

Some 890 rolling cargoes and 16 vessels are also stranded, while 48 vessels and 26 motorbancas are taking shelter due to Bising.

PAGASA said too that the following sea conditions will be felt in these areas due to Bising:

Malacañang on Sunday afternoon said the Department of Social Welfare and Development has a standby fund of over P556 million in its offices, as well as more than 370,000 family food packs for those possibly affected.

Disaster response officials have yet to come up with a figure on how many families have been evacuated so far. But the agency said pre-emptive evacuations were carried out in Camarines Sur, Catanduanes, Sorsogon as well as in Northern and Eastern Samar.

Government said too that the Department of Health is ready to deploy emergency response teams and has prepared medical and COVID-19-related supplies.

"Our concern is the safety of everyone," said presidential spokesperson Harry Roque in a statement. "We therefore ask our people to remain alert and vigilant, cooperate with authorities and continue to observe minimum public health standards for protection against COVID-19." 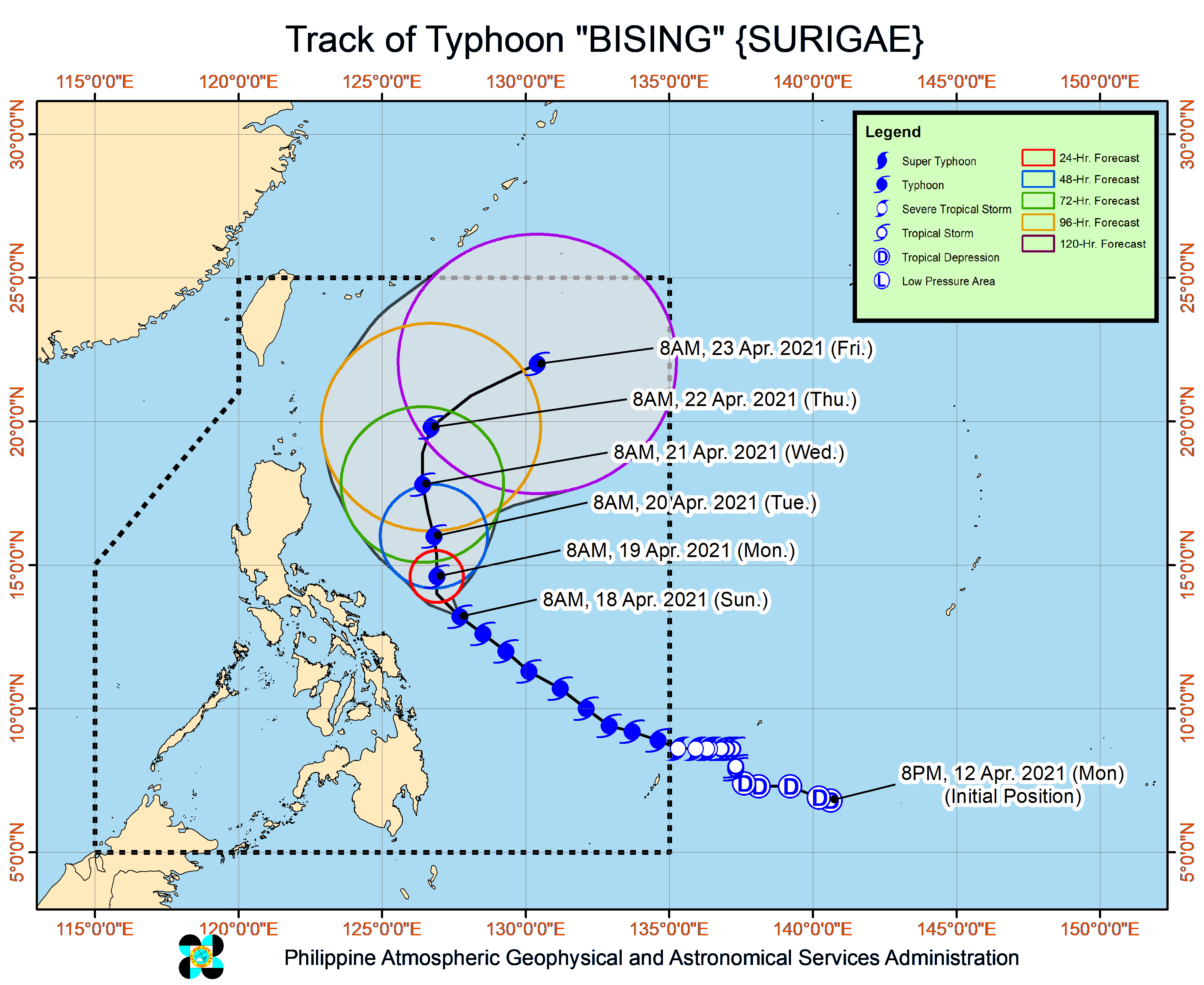