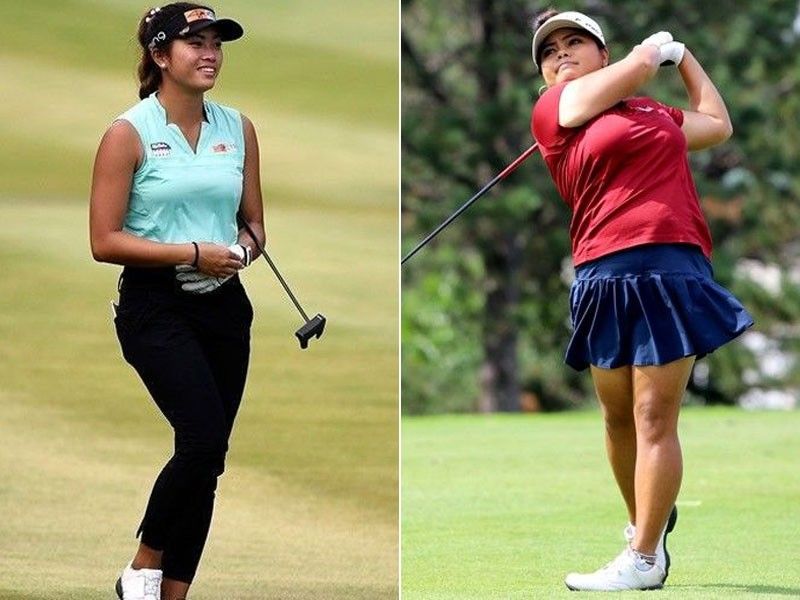 MANILA, Philippines — Moving day it was not only for Bianca Pagdanganan, who sizzled with a six-under 66, but also for Dottie Ardina, who fired a 69, in their return stint to the Crossings layout of Magnolia Grove as the gritty Filipina pair stayed in the hunt in the LPGA Q-Series Week 1 in Mobile, Alabama Saturday (Sunday, Manila time).

Though her 54-hole 210 aggregate kept her 8 strokes behind new leader Pauline Roussin-Bouchard, Pagdanganan’s mastery of the par-72 course at the Robert Trent Jones Golf Trail more than firmed up her bid not only for a spot in Week 2 of the two-part qualifier at joint 19th overall but also for a coveted LPGA card next season.

The top 70 plus ties in a field of 110 will advance to Week 2 slated Dec. 9-12 at the Highland Oaks’ Highland and Marshwood courses in Dothan, also in Alabama, where the Top 45 plus ties will earn LPGA status for 2022.

Fellow ICTSI-backed Ardina likewise boosted her own drive with a three-under card, also at Crossings, as she crossed over from below the projected first cutoff score to joint 46th with a 214.

Roussin-Bouchard grabbed the overall lead with a 12-under 202 as she fired a brilliant 66 at the tougher par-71 Falls course to gain a one-stroke lead over Hye Jin Choi in the battle for Week 1 honors.

The Korean carded a 68, also at the Falls, for a 203 while Thai Atthaya Thitikul matched Roussin-Bouchard’s five-under card to move to joint third at 204 with Taiwanese Peiyun Chien, who birdied five of the first 11 holes then negated her bogeys on Nos. 12 and 15 with birdies on the 16th and the par-5 closing hole.

Pagdanganan, whose opening 75 at Falls dropped her to a share of 101st Thursday, kept the momentum of her surge at Crossings where she fired an eagle-spiked 69 to jump to a share of 64th Friday. She birdied Nos. 3 and 4, added two more birdies linking both nines then gained strokes on Nos. 13, 16 and 18 to negate a lone bogey miscue on the 14th.

Ardina, who kicked off her campaign with a 73 at Falls then settled for a 72 at Crossings to stay out of the Top 70, shook off a three-bogey, two-birdie game at the front with a pair of back-to-back birdies from Nos. 12 and 16 to revive her hopes for a regular LPGA card after a so-so campaign under conditional status in the season just ended.

The other pre-Q-Series favorites also pressed their respective bids with Japanese Ayaka Furue shooting a 69 at Falls to earn a share of fifth at 205 with Canadian Selena Costabile, who turned in a second straight 69, also at Falls, and young but talented Taiwanese amateur Yu Chiang Hou, who fired a 68 at Falls to tie Pagdanganan and four others at 210.

Hinako Shibuno, who like Ardina hovered below the projected cutoff line after two rounds, fought back with a 66 at Crossings to leapfrog to solo 25th at 211 while Canada’s Alena Sharp submitted a 69 at Crossings to join Ardina and 13 others at 214.

Pagdanganan and Ardina, however, face another daunting challenge as they head back to Falls for the fourth round Sunday.

But with renewed confidence and the proverbial momentum, things are looking up indeed for the Filipina pair seeking to join reigning US Women’s Open champion Yuka Saso in next year’s edition of the world’s premier ladies circuit.

Share
Previous Lonzo Ball hits clutch triple to lift Bulls over Nets; Spurs stun Warriors
Next Want a Free Pressure Cooker? Here’s How To Get One!