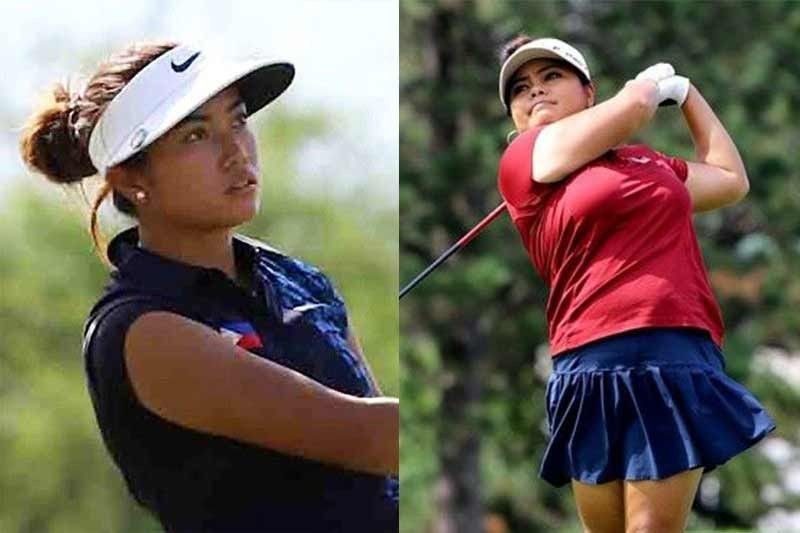 MANILA, Philippines – Back at the demanding Falls layout, Bianca Pagdanganan proved tougher and fiercer, producing a two-under 69 Sunday (Monday, Manila time) that rolled her into last of the two-stage LPGA Q-Series after a fumbling start in Mobile, Alabama.

Dottie Ardina, meanwhile, drained a clutch a birdie on No. 17 to save a 73, also at Falls, and a spot in the 70-plus-ties first cut of the grueling series that drew an initial field of 110 from across the globe.

French Pauline Roussin-Bouchard, who topped the LPGA Q-Series Stage 2 last October, stretched her dominant run in pursuit of a card for 2022, firing a 65 at Crossings to pool a 19-under 267 total and bag the Week One honors, two shots clear of Hye Jyi Choi of Korea, who sizzled with an eagle-spiked 66 to finish with a 269.

Pagdanganan wound up with a 279, 12 strokes behind Roussin-Bouchard but enough to put the Filipina shotmaker on track for a coveted membership after a low 125th place finish in the Race to CME Globe Season that saw her end up at No. 2 in the average driving distance (284 yards), next to Dutch Anne Van Dam (290) after topping it last year.

The Univ. of Arizona product had a wobbly start of three bogeys in the first five holes in her first crack at the par-71 Falls Thursday, leading to a 75. But she worked her way back with a 69 and 66 at the par-72 Crossings in the middle rounds to rally from as low as 101st to joint 19th.

That gave her the confidence and momentum as she headed back to the Falls, which she conquered with two birdies in the first five holes. She fumbled with a bogey on No. 10 but quickly regained the stroke with a birdie on the next before settling for pars for a 33-36 to preserve her spot at 19th with four others.

Ardina, who also struggled at Falls (73) in the first round but fought back with 72 and 69 at Crossings, started the fourth round at tied 46th, improved her ranking with an opening birdie but reeled and dropped out of the cutoff line with bogeys on Nos. 2, 4, 9 and 11.

She birdied the 12th but yielded another stroke on the next. With her chances dimming after three straight pars, she proved clutch, birdying the par-4 17th that saved her a 37-36 and a spot in Week Two with 13 others at 62nd place.

The ICTSI-backed duo thus stayed on course of their LPGA card bids although unlike Pagdanganan, Ardina, who wound up at 109th in the ranking, will have a lot of toughening and catching up to do at last place as they tackle the demanding Highland Oaks’ Highland and Marshwood courses in Dothan, also in Alabama, starting Thursday (December 9).