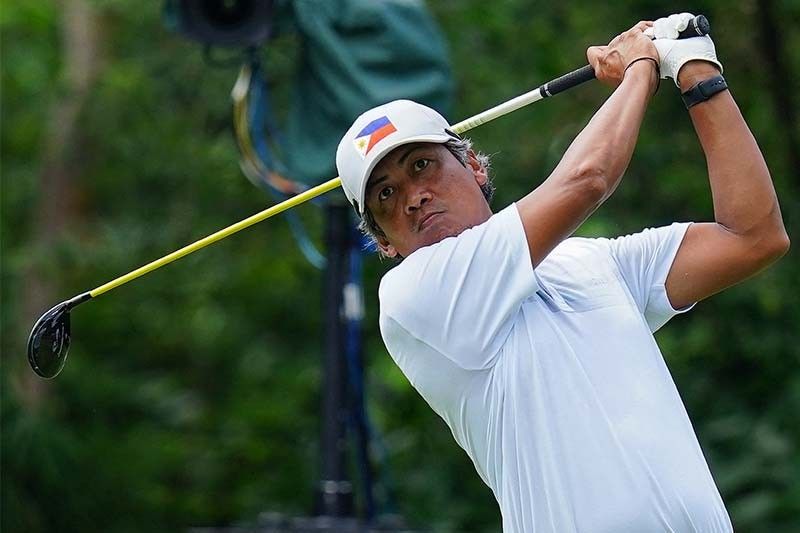 MANILA, Philippines — Juvic Pagunsan bounced back from back-to-back finish in the red with a 70 in the final round of men's individual stroke play in the 2020 Tokyo Olympics.

In Round 4 Sunday, Pagunsan shot three birdies against two bogeys to tally 1-under par for the round and improve to just 1-over par across the 72-hole course to wrap up his stint.

This was an improvement to his 2-over par and 5-over par finishes in the second and third rounds, respectively.

Pagunsan looked good to start Round 4 to finish his stint on a strong note with three birdies in the front nine, though a bogey in the second hole stifled his efforts.

However, Pagunsan would no longer fire a birdie in the back nine and also bogeyed Hole 18 to settle for the 1-under par.

Pagunsan thus finishes at solo 55th, at least, as other golfers look to finish their runs.

As of press time, USA's Xander Schauffele still holds the lead with -17 through seven holes in the final round.

For today, Shauffele is at 3-under par.

Home bet Hideki Matsuyama is at joint-2nd with 14-under par through seven holes as well in the fourth round.