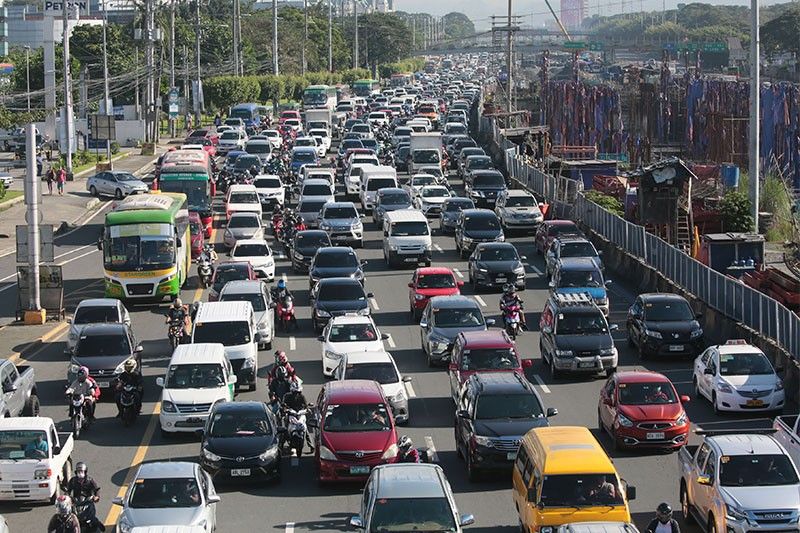 In this Jan. 4, 2021 photo, heavy traffic greets morotists at Commonwealth Ave. in Quezon City on the first day of work for the new year.

MANILA, Philippines — Malacañang on Monday expressed confidence that the Philippines would no longer be among the countries with the worst traffic congestion in the world once key infrastructure projects are completed.

A recent report by cost of living database Numbeo indicated that the Philippines has the worst traffic situation in Southeast Asia and the ninth worst in the world.

The Philippines was only behind Nigeria, Sri Lanka, Kenya, Bangladesh, Egypt, Iran, Peru and India, according to the traffic index, which covered 81 countries. Austria has the best traffic situation among the countries included in the report, which evaluated indicators like the average time consumed in traffic, estimation of time consumption dissatisfaction and carbon dioxide consumption in traffic, and overall inefficiencies in the traffic system.

Presidential spokesman Harry Roque said the Philippines' ranking is expected to improve as some projects designed to ease traffic congestion are underway.

"Our (traffic index) rating may go down," Roque said at a press briefing.

"In a year's time, when we finish all these projects, our ranking will go down, we will no longer be in the top ten but the solution to traffic really is improved infrastructure and improved mass transportation," he added.

Roque cited the Harbor Link project, which aims to decongest Metro Manila by providing access to the North Luzon Expressway without passing through EDSA or the Balintawak Toll Plaza; and Cavitex, a part of the road network being expanded by the Metro Pacific Tollways Corp. that seeks to connect C5-Southlink and the Cavite-Laguna Expressway. He said the government is grateful to its private sector partners like San Miguel Corp. and the Pangilinan group for supporting its infrastructure projects.