Palace: No surprise on quality of life worsening in 2020 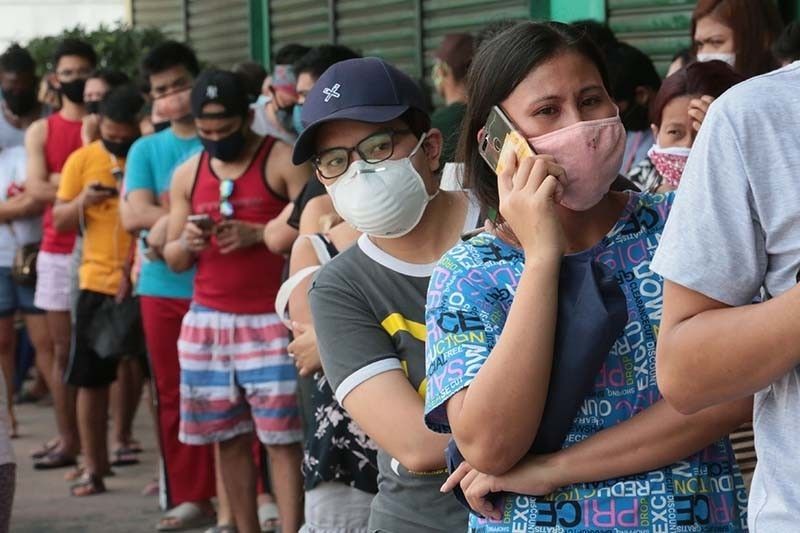 MANILA, Philippines — Palace on Wednesday said it was no longer surprised on the results of a survey that showed more than a majority of Filipinos believe the quality of their lives worsened in a year marred by coronavirus pandemic.

The Social Weather Stations survey revealed that six out of 10 Filipinos or 62% held the belief, while 24% said it was the same and only 14% said it got better.

Such was already an improvement from a poll data of the SWS back in November, with 62% agreeing and the 82% in September.

The pandemic has gripped the country hard, as apart from over 464,000 now infected and more than 9,000 dead, millions had been affected by the impact of the hard lockdowns the Duterte administration ordered from mid-March to until June in a bid to curb the spread of the virus.

"2020 has been a challenging year for the Philippines with lockdowns adversely affecting the socioeconomic condition of our people. It is therefore not surprising," said presidential spokesperson Harry Roque.

Most areas in the country have seen the relaxing of coronavirus-related curbs, but Metro Manila and 7 other cities and provinces will remain under general community quarantine until year-end.

The Philippines' lockdown is also considered as the world's longest, even longer than the 76 days in Wuhan, China, where the COVID-19 originated.

"However, things are looking up. The economy has reopened which means more livelihood opportunities have become available," Roque added.

Malacañang also touted that the unemployment rate in the country had eased to 8.7% in October from the record-high 17.7% in April.

Such was, however, largely a result of more people stopping to look for jobs for various reasons, such as returning to school or their previous jobs being shut down.

Over the course of the health crisis, the administration has faced criticism for its seemingly militarized handling of the pandemic, putting ex-military officials at the helm of the coronavirus task force and tapping state forces to carry out lockdown measures.

President Rodrigo Duterte had promised Filipinos that life would return to normal by December as he repeatedly pinned his hopes for a supposed vaccine by this time.

But by the end of the year, concerns had grown that the Philippines is lagging behind in the global race to secure doses, with the recent being the botched Pfizer deal and the criticism that the Duterte government is prioritizing the Chinese-made Sinovac, which has yet to report on its efficacy rate.

The Philippines is eyeing to procure possible vaccines from at least nine drugmakers, but it still has yet to sign deals for the purchase, with only a week left in the year.

Across the globe, an international tracker has showed that 9.6 billion doses have already been secured by countries even before a vaccine is out yet in the market. At home, the private sector has chipped in P600 million for buying 2.6 million doses from AstraZeneca.

Vaccine czar Carlito Galvez Jr. has said that that Sinovac doses — pegged at 25 million — could arrive in the country by March 2021, as government looks to deliver its promise of inoculating 24.7 million Filipinos in its priority list.

Apart from the pandemic, 2020 was a long year for the Philippines, with the Taal volcanic eruption happening in early January, the health crisis unfolding by March, and a series of storms including a super typhoon ravaging in November.