Palace says all benefits of COVID-19 frontliners should be released 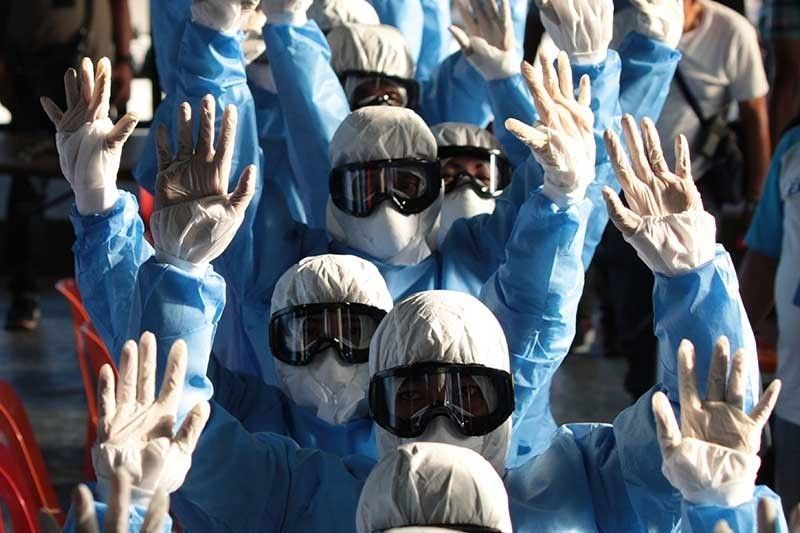 MANILA, Philippines — All benefits of health workers battling the COVID-19 pandemic should be released, Malacañang said, following claims that the giving of their special risk allowance has been delayed.

"The marching order of the president has been to pay all the benefits of our frontliners," presidential spokesman Harry Roque said at a press briefing last Tuesday.

Treatment czar and Health Undersecretary Leopoldo Vega said the funds for the special risk allowance have been downloaded to different regional health offices.

"With regard to the special risk allowance, we know that it came from Bayanihan 2 (law) and it was given to all hospitals through the central health development or regional office of the Department of Health and the retained hospitals," Vega said.

"Almost P8.8 billion or P9 billion has been downloaded to the regions. Both public and private healthcare workers have received it, whether they are contractual or holding plantilla posts, about 400,000 (health care workers)," he added.

Bayanihan 2 is the extension of the law that funded the government's response to COVID-19 and granted the president additional powers to strengthen the fight against the pandemic.

Earlier this week, Ang Probinsyano Rep. Alfred Delos Santos filed a resolution seeking an inquiry into the alleged “institutional and administrative impediments” that prevent the timely release of healthcare workers' special risk allowance. Delos Santos warned that the health workers' lament about low and delayed release of benefits might lead to mass resignations and hospital understaffing. The lawmaker also cited complaints about the supposed "discrepancies" in the actual amounts released to different healthcare workers.

"With the funds now made available to the DOH, qualified public and private health workers can expect the payment of the SRA (special risk allowance) not later than June 30, 2021," the budget department said in a statement dated June 26. –