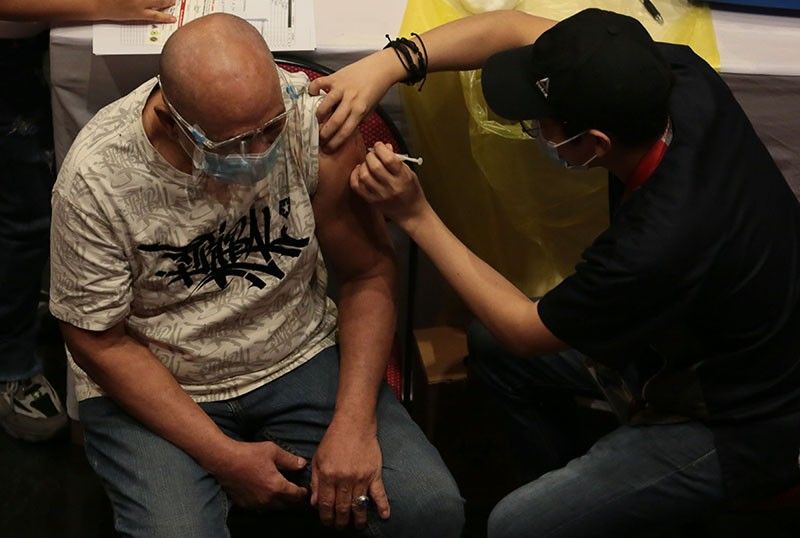 MANILA, Philippines — Malacañang on Wednesday vowed to prove wrong predictions that the Philippines would be among the last in the region to achieve herd immunity against COVID-19, saying the arrival of millions of vaccine doses would hasten the distribution of shots.

In a report released last Monday, United Kingdom-based think tank Pantheon Macroeconomics said early 2023 is the best scenario for herd immunity the Philippines can hope for given its "relatively slow pace of vaccination." Herd immunity is defined by the World Health Organization as an indirect protection from an infectious disease that happens when a population is immune through vaccination.

While the Philippine government has secured 113 million doses of COVID-19 shots, the supply can only fully inoculate half of the country's population, according to Pantheon’s senior Asia economist Miguel Chanco. Given the emergence of the more transmissible Delta variant first reported in India, a country has to vaccinate 85% of its population to attain herd immunity, the think tank said.

"We will prove them wrong and i think the basis of that think tank must have been our phase of our vaccination early on when we only had (vaccines from Chinese drug maker) Sinovac and a few doses of (vaccines developed by British-Swedish firm) Aastrazeneca," presidential spokesman Harry Roque told reporters at the Solaire COVID-19 vaccination site.

"But the vaccines have arrived and many more will arrive and we have reached apparently a new high on our daily vaccination," he added.

Roque said the Philippines has managed to vaccinate about 350,000 persons per day, exceeding the previous record of 320,000 in a matter of days. He said the vaccination efforts of the private sector would also fast-track the administering of pandemic jabs.

"This is a game changer in the fight against COVID-19 because the vaccines imported by the private sector through the tripartite agreement will be injected to their employees using their own personnel," he added.

Roque said the government remains confident that it could meet its goal of inoculating 500,000 persons per day. Vaccine czar Carlito Galvez, Jr. has said 500,000 individuals have to be inoculated per day in economic hubs Metro Manila, Bulacan, Batangas, Cavite, Laguna, Pampanga, Rizal, Metro Cebu, and Metro Davao – collectively known as the National Capital Region (NCR) plus eight – to achieve herd immunity by Nov. 27. The government seeks to inoculate at least 58 million persons by yearend.

Roque said the Philippines would have vaccinated 12 million to 15 million people by the time the pandemic jabs from American firm Pfizer arrive. The Philippines has signed a deal for the purchase of 40 million doses of Pfizer vaccines, the delivery of which are expected to begin “after eight weeks starting August."

"We will prove them wrong because our goal remains the same. Within the year. That is the challenge, allow us to prove that think tank wrong…Containment, population protection (can be achieved) within the year," Roque said.

"This December, we are still aiming at least when we go outdoors, it could be a maskless Christmas," he added.