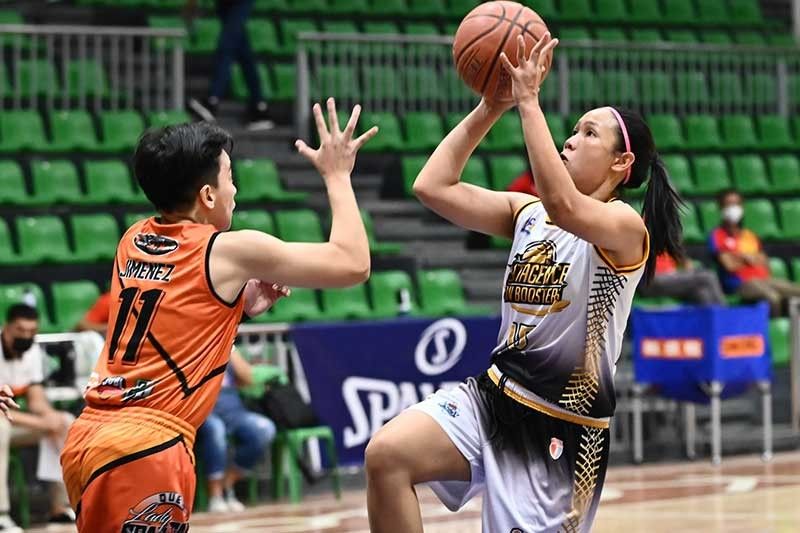 MANILA, Philippines — Raiza Palmera-Dy flirted with a double-double to lead the Glutagence Glow Boosters to the wire-to-wire win over the Quezon Lady Spartan, 59-50, as the 2021 Pia Cayetano WNBL season resumed at the Bren Z. Guiao Convention Center on Saturday.

After a month of stoppage due to stricter quarantine measures in the country, the Philippines' first-ever professional women's basketball league rolled on.

Glutagence hit the ground running despite the long layoff and zoomed to a double-digit advantage at the end of the first quarter, 16-6.

They didn't relinquish the lead after that and ballooned their advantage to as big as 21 early in the fourth salvo.

WNBL action continues Sunday with the Spartans seeing action for the second game day in a row when they face the Pacific Water Queens at 11:15 a.m.