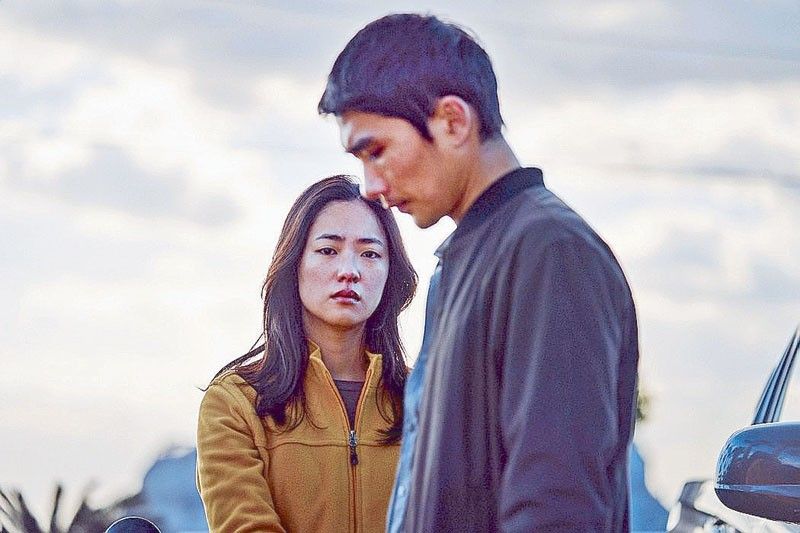 From the land of catchy K-pop songs, from cutesy bands and rosy rom-coms, comes another out-of-the-box movie that shows why South Korean films are quickly gaining global popularity.

In the well-written and skillfully-crafted movie, writer-director Park Hun-Jeong turns most gangster movie tropes on their heads as he weaves an engaging tale of young gangster Tae Gu (Eom Tae-goo) hiding out in idyllic Jeju Island after a botched hit on a rival mob leader in Seoul. There, he is placed by Yang, the boss of his syndicate, in the care of an old, grizzled gunrunner, who lives with his niece Jae-Yon (award-winning Jeon Yeo-been), a young woman who has come to terms with the fact that she will soon die of an unnamed terminal illness. As Tae Gu waits out the one week before a ship is supposed to smuggle him to his ultimate hide-out in Vladivostok, he watches as the achingly pretty Jae-Yon occupies herself practicing her excellent marksmanship. Inevitably, the two form a bond that ordinarily would be the stuff of which romantic action comedies are made.

But then, this is not your ordinary Korean movie, as the couple meet with one disaster after another. Jae-Yon’s uncle is killed after his customers attempt to rob him; he dies defending himself, taking some of his attackers with him. Yang, to save his own skin, betrays Tae Gu and gives up his location to Director Ma, the other gang’s enforcer. Getting wind of this treachery, Tae Gu tries to flee, fighting off a veritable army of thugs, forcing his adversaries to take Jae-Yon hostage in order to force him to yield to them. This results in a final confrontation that is as brutal and blood-splattered as any American grindhouse film can get.

But make no mistake about it: Night In Paradise is by no means exploitative or gratuitously violent. On the contrary, it is well-made and well-acted, with taut storytelling and tight scriptwriting. Commendable is the way by which the personalities of the two main protagonists are fleshed out, with back stories and character studies that are believable and sympathetic at the same time, which makes the audience invest in them emotionally. The lines are also crisp, concise and, at appropriate times witty and amusing. And while the movie is set in an island that evidently has lovely sceneries galore, the film never lets them distract the viewer from the action or the actors. Indeed, the luscious loneliness of Jeju in springtime sans hordes of tourists, provides a fitting backdrop by which the eventual bleakness of the story plays out.

Of course, the movie has more than its fair share of action sequences, and they never fail to satisfy: brisk, painstakingly-choreographed car chases, gunfights and hand-to-hand combat, redolent with more than enough bodily mutilations, lacerations, disfiguration and vehicular destructions to warm the cockles of any action movie fan’s heart. And all of that — the drama, the action, the subtly-romantic subplot — are accentuated by evocative cinematography that is distinctly South Korean.

If that were all, then the movie would just be another by-the-numbers entry in the genre. What sets it apart, however, aside from the heart and soul imbued upon its leads, is the charmingly beguiling manner by which its director constantly throws the audience off-balance by wrong-footing us at key points in the narrative. Just when we think a familiar plot cliché is about to happen, the opposite occurs; at a point when a typical movie would throw in a deus ex machina, it fails to happen. In so doing, the viewer is kept engaged in the storyline by forcing him to guess what will happen next, and somewhat shaking his head in amusement when he guesses wrong. And after a penultimate scene that provides a wildly satisfying catharsis, the story makes an abrupt volte face in the last frame that shoves into our face the message that the film is indubitably — in spite of its earlier promise and our fondest wishes to the contrary — an unmitigated tragedy.

Nigh In Paradise is thus far from being a feel-good morality play. Rather, it is a nonetheless deeply satisfying motion picture that will get your adrenaline flowing and, in between, get you into thinking about the paradise lost within the darkness in the soul of every person and, in the midst of hope and beauty, the muted but ever-present specter of death.