PBA Player of the Week Abueva does it all for Magnolia

PBA Player of the Week Abueva does it all for Magnolia 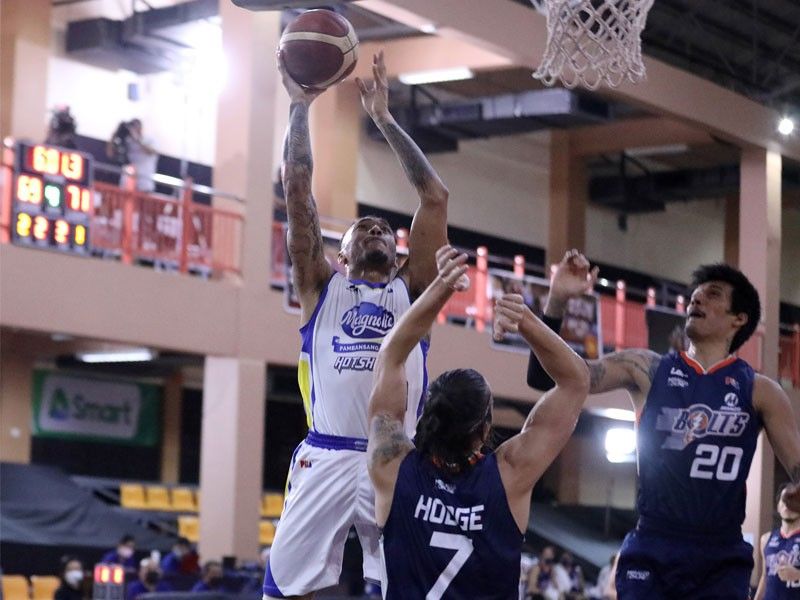 MANILA, Philippines – Energy, hustle and toughness were qualities that Magnolia are looking for when it decided to bring Calvin Abueva on board.

And so far, the Hotshots are reaping the fruits of their off-season gamble.

Abueva is living up to his moniker “The Beast” in the PBA Philippine Cup playoffs, steering Magnolia to a sweep of Rain or Shine in its best-of-three quarterfinals series, and then taking over down the stretch in Game One of its semifinals matchup with Meralco despite nursing foul trouble to prevail, 88-79.

Abueva’s heroics made him the hands down choice as Cignal Play-PBA Press Corps’ Player of the Week for the period September 29 to October 3.

During that stretch, the 33-year-old forward averaged 16.5 points and 13.0 rebounds, while shooting 52% from the floor.

Abueva was a dominant force in the Hotshots’ 96-86 closeout win against the Elasto Painters in Game Two of their series as he finished with 20 points and pulled down 19 rebounds.

Three days after, the leading candidate for the Best Player of the Conference award bucked foul trouble and engineered a 20-3 run going home as the Hotshots erased a six-point deficit to take an 83-72 lead with about three minutes left in their series opener against the Bolts. Abueva capped the telling run with a slam dunk as he scored seven of his total 13 output in the fourth quarter.

Apart from Abueva, others considered for the weekly honor handed out by the men and women regularly covering the PBA beat are Magnolia teammates Paul Lee and Ian Sangalang, and the TnT Tropang Giga trio of Roger Pogoy, Troy Rosario and Jayson Castro.