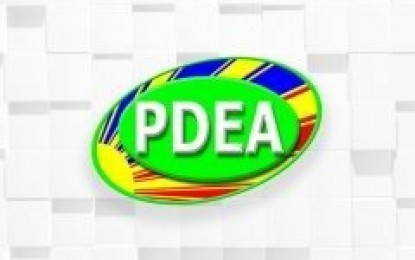 GENERAL SANTOS CITY – The Philippine Drug Enforcement Agency (PDEA) in Region 12 (Soccsksargen) is closely monitoring the possible links to the illegal drug trade of several local candidates or aspirants in the May 2022 elections.

Katryn Gaye Abad, PDEA-Region 12 spokesperson, disclosed the move on Friday in the wake of the recovery the other day of some PHP3.4 million worth of shabu from a mayoralty candidate in Maguindanao in an operation in Midsayap town, North Cotabato.

She said their intelligence and enforcement units have a list of the target personalities and conducting surveillance operations based on a standing directive from PDEA Director General Wilkins Villanueva.

Abad did not divulge further details of the operation but said that all levels of hierarchy in the target list are all monitored and whether they are involved as supporters, financiers, or protectors.

“We assure the community that all of us in the regional level are doing everything to stop these drug personalities from getting any position (in the government),” she said in an interview over radio station Bombo Radyo in Koronadal City.

On Thursday morning, joint operatives led by PDEA-12 seized some 500 grams of shabu worth PHP3.4 million in a search operation at the house of Tom Nandang, alias Datukon Nandang, 33, in Barangay Upper Glad 1, Midsayap, North Cotabato.

Nandang, a high-value target of PDEA, is a mayoralty candidate in Northern Kabuntalan, Maguindanao.

Abad urged residents to be more observant and be aware of the background of personalities running for various elective positions in their areas.

She said they should “automatically reject” candidates who have reported connections to illegal drug trafficking and related activities.

While these could not immediately be proven, she said it is better for residents to select those with good records.

“The money used by these narco politicians surely come from the proceeds of illegal drug business… So let us be observant, let us be keen and pick the better candidate,” she said.

Before the 2019 elections, President Rodrigo Duterte named 46 individuals — 35 mayors, seven vice mayors, one provincial board member, and three members of the House of Representatives — as alleged narco politicians. The list also included two reelectionist mayors then in South Cotabato. (PNA)