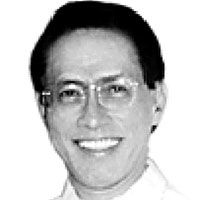 This is another case of a seaman who became disabled while working. The issues resolved here is whether or not the disability is temporary or permanent and the amount of disability compensation to be paid. This is the case of Eliseo.

Eliseo was hired by OPM Crew Management Inc. (OPM Crew) to work as a 3rd Engineer on board a vessel owned by its principal OPM Maritime Services Inc. under a three-month employment contract. Barely two months after his deployment on board the vessel, Eliseo complained of “ringing sensation in his left ear and dizziness described as swirling of the surroundings.” He was diagnosed as having “Ear-Vertigo and other Vestibular Disorder-Stress Related” and was thus repatriated to the Philippines for medical treatment. After a series of diagnosis Eliseo was declared to have Meniere’s disease and permanently unfit for sea duties.

So Eliseo asked OPM Maritime to pay him his permanent and total disability benefits. But despite demands OPM refused, thus Eliseo filed before the Labor Arbiter a complaint for permanent and total disability benefits, moral and exemplary damages, attorney’s fees and reimbursement of medical expenses. During the proceedings, OPM Maritime attached to its position paper the report of the Company Physician which stated that Eliseo’s condition is not work-related or work aggravated.

On the other hand, Eliseo presented a medical report issued by his own doctor stating that (1) he is unfit to resume work as a seaman; (2) his illness is considered work aggravated; (3) he needs the use of hearing aids for both ears in order to hear much better and to alleviate symptoms of vertigo and (4) he is not expected to land a gainful employment given his medical background. He said that his continuous service was within the confines of the engine rooms of OPM Maritime’s vessels that exposed him to loud and deafening noise, as well as harmful chemicals which are the causes of hearing impairment, according to medical report.

The Labor Arbiter (LA), however, dismissed his complaint for lack of merit. The LA said Eliseo failed to prove that his illness is work related. Even if he worked within the confines of the engine room, he still failed to establish that the nature of his work contributed to the development and aggravation of his illness. It gave no credence to the medical evaluation of his own doctor because it was issued after only a single consultation and without any indication that appropriate tests were conducted to arrive at such opinion.

On appeal by Eliseo, the National Labor Relations Commission (NLRC) set aside the LA decision and ordered OPM Maritime and OPM Crew to jointly and severally pay Eliseo permanent and total disability benefits of $60,000 or its peso equivalent. The NLRC held that Eliseo’s illness is work related because the hearing loss may be caused by exposure to the deafening noise in the engine room where he continuously worked. It considered the medical report of the company designated physician as self-serving. The NLRC concluded that Eliseo is suffering from Grade 1 disability, hence he is entitled to $60,000 pursuant to the POEA standard employment contract.

Later on the NLRC modified its decision by granting Eliseo partial disability benefit of $44,405.00 which is equivalent to Grade 3 impediment rating. This was further modified by the Court of Appeals (CA) by reducing it to $39,180 although it awarded attorney’s fees equivalent to the total judgment awarded in favor of Eliseo. The CA said that the NLRC committed an error in the computation of the disability benefit by using 88.81 percent as multiplier instead of 78.36 percent because Eliseo failed to present the CBA or to prove that he is a member of the union. Was the CA correct?

No. The Supreme Court finds that Eliseo is suffering from permanent total disability. In disability compensation, what is compensated is not the injury or illness but the incapacity to work due to the impairment of one’s earning capacity. The determination of the fitness of a seafarer for work is the primary duty of the company designated physician because it is the obligation of the employer to provide medical attention. The seafarer shall also receive sickness allowance from his employer equivalent to his basic wage computed from the time he signed off until he is declared fit to work. If a doctor appointed by a seafarer disagrees with the assessment of a company designated physician, a third doctor may be agreed upon jointly between the employer and the seafarer. It is beyond the Labor Tribunal’s or the court’s authority, with no expertise to make its own medical determination of a seafarer’s fitness to work or to prescribe a disability rating. Hence the medical report of the company physician finding Eliseo afflicted with Meniere’s disease making Eliseo permanently unfit for sea duties is already sufficient basis to award permanent and total disability benefits.

So Eliseo is entitled to permanent disability benefits under the POEA-Sec in the amount of $60,000 and attorney’s fees of 10 percent of the total monetary award less the amount already received by Eliseo with legal interest of 6 percent per annum from finality of judgment until fully paid (Elevera vs Orient Maritime Services Inc. et. al G.R. 240054 March 18, 2021).