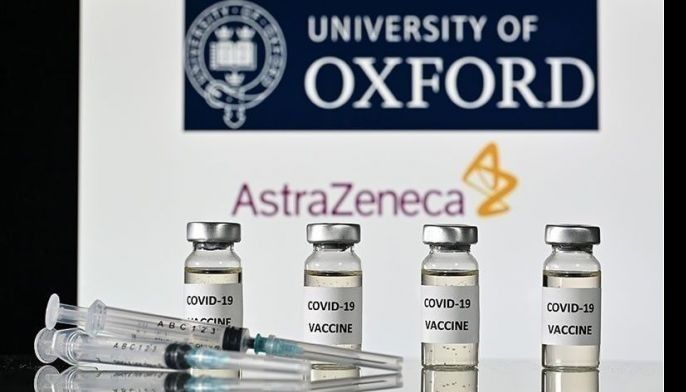 MANILA, Philippines — The country's vaccine czar on Sunday said doses of Pfizer and AstraZeneca's coronavirus jabs are expected to arrive in the country by the first quarter of the year through the global initiative of the COVAX facility.

Sec. Carlito Gavlez Jr. in a statement reported that COVAX's managing director Aurelia Nguyen had told government that the Philippines would receive 9.4 million doses from the two drugmakers in the first and second quarters of this year.

By February, Galvez said COVAX would provide 5.5 million doses of AstraZeneca, while 117,000 from Pfizer. But, he said too that the number of doses as well as the projected arrival "are all indicative since it all depends on the global supply," suggesting that the figures may still change.

Only recently, the health department also announced that government will be shouldering 5% payment of the vaccines from COVAX, while the remaining 15% would be free, from the original pronouncement that the entire 20% for 22 million Filipinos would be made available without any payment.

It remains unclear as to how much the country would be paying for the 5%, with Galvez's statement also making no mention of it. But for 2021, government has an approved P72.5 billion funding for the vaccines purchase, which includes loans from sources such as the Asian Development Bank and the World Bank.

The development comes with the Food and Drug Administration approving the emergency use application of both Pfizer and AstraZeneca, in the administration's bid to inoculate 50 to 70 million Filipinos in 2021 alone, a vaccination plan that has met concerns and criticism.

Galvez said they would continue to hold visits in cities and provinces across the country to check local governments' preparations for when the jabs arrive.

Last week, officials had visited cities in Metro Manila, with Pasig being the first LGU to have its COVID-19 plan approved by health authorities.

"Based on our visits, we have seen that many LGUs and the private sector are now ready for the vaccine roll-out – from their vaccination sites, to their cold storage equipment and facilities, to their personnel," Galvez said. "We hope that these kinds of preparations will be replicated nationwide."

The Philippines on January 30 marked one year since it reported its first coronavirus case, with the number soaring to now at 525,618, the second highest in Southeast Asia, along with 10,749 deaths and 487,551 since recovered.

The national government has so far secured two official deals for COVID-19 vaccine supplies in the Philippines, one with Chinese pharmaceutical company Sinovac and another with the Serum Institute of India.

Watch this space for bite-sized developments on the vaccines in the Philippines. (Main image by Markus Spiske via Unsplash)

The Department of Health clarifies that the Philippines will continue to receive vaccine allocation for 20% of the population from the COVAX facility.

However, only 15% will be free while the remaining 5% will be shouldered by the country.

"The budget for the 5% has been secured. Hence, even with these changes in financing, rest assured that there will be no delays in delivery of the vaccines," DOH says.

The World Bank announces it will put $34 million into a program to provide coronavirus vaccines for more than two million people in Lebanon, which is experiencing a major surge in COVID-19 cases.

"This is the first World Bank-financed operation to fund the procurement of COVID-19 vaccines," the Washington-based institution says in a statement.

Lebanon, a country of more than six million, has been logging some 5,500 cases a day since the start of the year, the Bank says. — AFP

The Department of Health clarifies that the vaccine prices reported by the Senate are not the negotiated prices that the government and the manufacturer agreed on.

The vaccine prices that circulated earlier were indicative market prices based on rates published by drugmakers, the DOH says.

"The DOH urges the public to trust and respect the process that the country, through vaccine czar Secretary Carlito Galvez, is undertaking to ensure that Filipinos are afforded the best vaccines at the most ideal prices," the agency says in a statement.

The House of Representatives committee on Health will conduct its own hearing on the government's COVID-19 vaccination plan on January 18.

Representatives from the Food and Drug Administration, Research Institute for Tropical Medicine, Health Technology Assessment Council, Department of Science and Technology and World Health Organization have also been invited.

Sen. Grace Poe says the government should immediately negotiate the purchase and delivery of Pfizer vaccine now that the Food and Drug Administration has approved it for emergency use.

"The Filipinos have long waited for a safe and effective vaccine that would give them protection against COVID-19," Poe says in a statement.

"Negotiations with Pfizer should be prioritized over deals with other manufacturers whose products have yet to get FDA's approval," she adds.