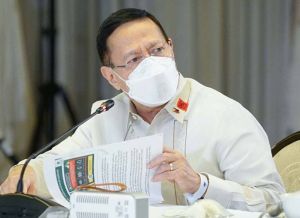 HEALTH Secretary Francisco Duque 3rd said the Philippines has the lowest number of Covid-19 infections among the members of the Association of Southeast Asian Nations (Asean) amid the onslaught of the highly contagious Omicron variant.

“What we are saying is that compared to other Asean countries when it comes to cumulative confirmed cases, we are just fifth, and that meant that our Covid response has been very good,” Duque told President Rodrigo Duterte during the Chief Executive's “Talk to the People” aired on Monday night.

To date, the Philippines has a total cumulative Covid-19 cases of 3.67 million.

Our World in Data said Vietnam was leading with nine million cases, followed by Indonesia and Myanmar with four million cases each and Thailand with 3.6 million cases.

Duque added that the Philippines also ranked last among cumulative new cases per day, with only 225 cases reported on Tuesday, April 5, compared to Vietnam's 48,000 and Thailand's 21,000.

He believes that the reason why the country did not reach the expected peak of 40,000 cases was because of the Department of Health's (DoH) aggressive vaccination campaign and the President's order to strictly enforce health protocols.

“Thank you, Mr. President, because of your continued reminders, the people followed and our vaccination coverage has improved,” Duque said.

The Health secretary said that the emergence of the Omicron XE recombinant variant should oblige the public to continue following the minimum health standards, get vaccinated or receive a booster shot.

In a separate briefing on Tuesday, DoH Technical Advisory Group member and infectious disease specialist Dr. Edsel Maurice Salvaña said that the country will respond to the threat of the Omicron XE variant in the same way it treated other variants of concern that entered the country.

“We will calibrate, of course, but we have learned so much, we know that some medicines more or less would work and our vaccines will continuously work with these variants, ” Salvaña said.

In the same meeting, vaccine czar Carlito Galvez, Jr. said that the World Health Organization has warned on the low vaccination rate in the Bangsamoro Autonomous Region in Muslim Mindanao (BARMM), which could result in a surge after the holy month of Ramadan.

Galvez attributed the low inoculation rate in the region to vaccine preference and misinformation.

“We saw that there is misinformation and those anti-vaxxers in social media affects the [vaccine coverage] here in BARMM,” Galvez said

He said vaccination sites in mosques will be set up to convince more people to get inoculated after their Friday prayers, as well as introducing Ramadan discounts for fully vaccinated individuals.

Duque urged the Congress to pass a law mandating vaccination and the administration of booster shots though admitting it would be a very controversial move.

“Although, we would welcome if the Congress will — if they can muster that will, political will, to make vaccination and booster a mandatory like in other countries, but I know this is going to be very controversial,” he said. 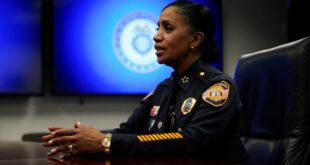