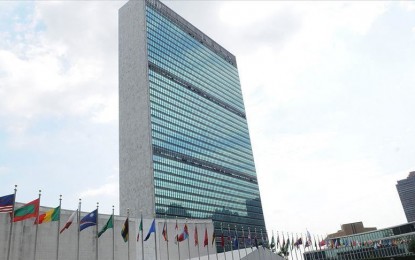 MANILA – The Philippine government is allocating some USD50,000 (approximately PHP2.4 million) to support the United Nations Peacebuilding Fund for 2021.

“The peacebuilding architecture evolved from an afterthought in the peace process to a principle governing all UN engagements in preventive actions, peacemaking, peacekeeping and post-conflict recovery and reconstruction. It is the UN’s most important role in fulfilling its purpose to spare humanity the scourge of war,” Foreign Affairs Secretary Teodoro Locsin Jr. said Wednesday.

The contribution was made during the Peacebuilding Fund (PBF) Replenishment Conference following UN Secretary-General Antońio Guterres’s call for a “quantum leap” of support to the fund.

“Since 2014, the Philippines has benefitted from the peacebuilding fund in coordination with the Office of the Presidential Adviser on the Peace Process,” Locsin said.

Locsin said these pooled resources were instrumental in building the capacities of the state and non-state partners who sought peace in the Bangsamoro region.

“It’s not much but we’ll keep looking for money which cannot be better spent than for peace,” he added, referring to Manila’s pledge.

In addition to Manila’s announcement of contribution, Locsin underscored President Rodrigo Roa Duterte’s commitment to a “just and lasting peace” in the southern Philippines.

The Secretary-General’s PBF is the UN’s financial instrument to sustain peace in countries at risk or affected by violent conflict.