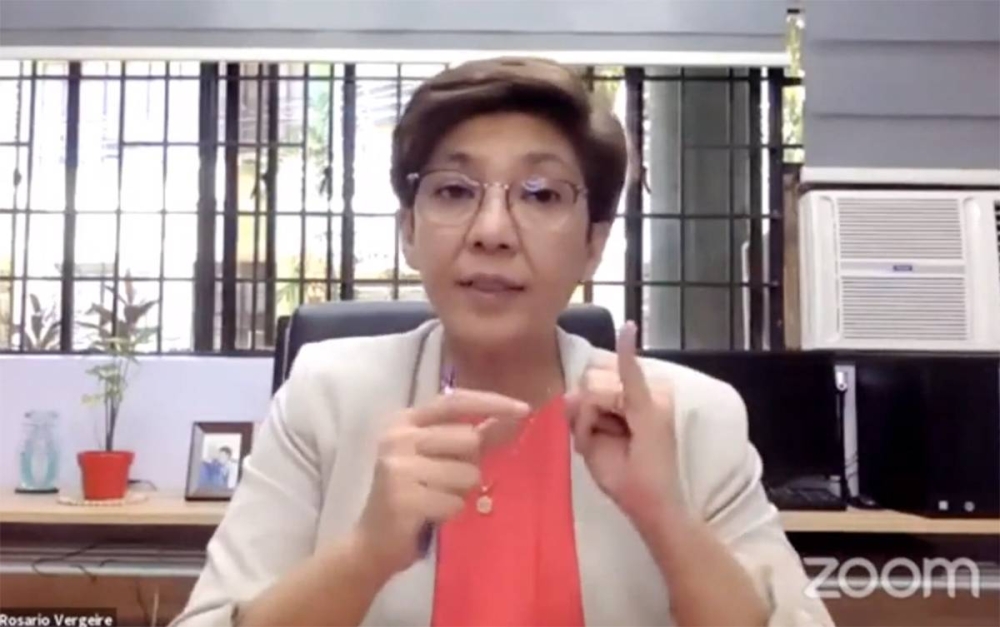 THE Philippines continues to be under minimal risk for the Covid-19 with a continued decline in the number of cases, the Department of Health (DoH) said on Tuesday.

Health Undersecretary Maria Rosario Vergiere said the country has experienced a slight drop in the number of cases, with 2,568 reported over the week of March 29 to April 4, equivalent to 366 cases per day, while the national positivity rate slid to 1.8 percent

She added that while there were increases in some areas, they were insignificant to be a cause for concern.

An expert said there is no huge risk if the so-called recombinant Omicron XE variant does arrive in the country even if it has an increased growth advantage over the parent variant.

Thailand recently reported a case of the XE variant, which contains the BA.1 and the BA.2 sublineages of Omicron in a single strain.

Dr. Edsel Maurice Salvana, a member of the DoH's Technical Advisory Group, said recombinant variants happen when two sublineages infect a person at the same time, which enables them to combine into a single virus.

Aside from XE, there were also XD and XF Omicron recombinants, but these contain certain sublineages of the highly infectious Delta variant of the virus aside from Omicron.

“We don't really expect that there is a high chance of breakthrough infection from any of these recombinants [than] their parent lineages,” Salvana said.

While XE may have a possibility of a 10 percent growth advantage and could be a concern, he thinks that the variant would not be more severe and dodge vaccines than the original Ba.1 and Ba.2 sublineages of Omicron.

Salvana said the current crop of vaccines, including the booster dose, remain effective against these recombinant variants, especially against severe disease that could lead to death.

Vergeire said she is confident that the country will be able to continue its safe reopening to tourists even with the threat of the recombinant variants.