Pharmally executive Krizle Grace Mago was forced to confirm the practice after it was bared by a Senate witness who is an employee at the firm's warehouse.

Asked by blue ribbon chairman Richard Gordon if the firm was swindling the government by doing this, Mago replied: "Yes, I believe so."

The witness, whose voice and face were distorted for security reasons, said Pharmally instructed warehouse workers to replace the certificates of face shields dated 2020 with new certificates dated 2021. He claimed this practice was still running when he was hired in August until September of this year, adding that no face shields were thrown out regardless of their condition.

He said Mago was the boss he was referring to. A copy of a document certifying his employment signed by Pharmally corporate secretary and treasurer Mohit Dargai was also presented by Hontiveros' office. 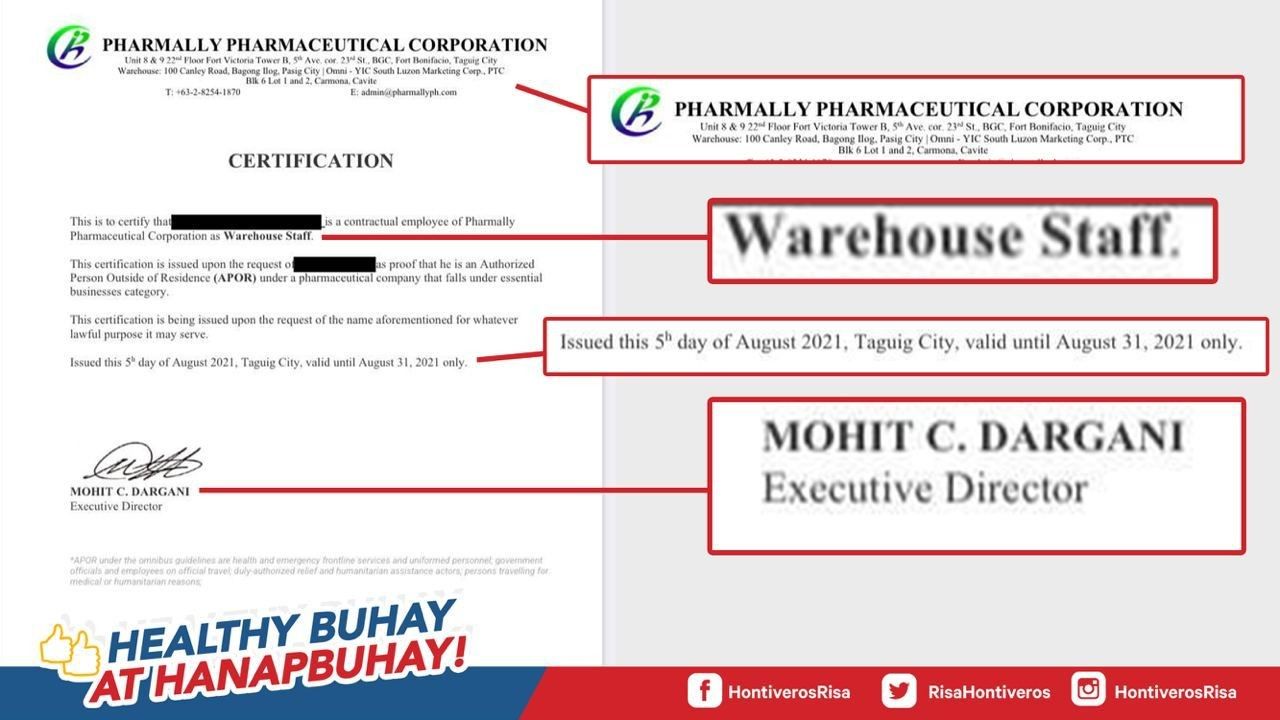 Asked to confirm the witness' testimony, Mago said they did repackage face shields due to "supply issues." She also said that the order to do this came from Dargani.

Dargani denied this and said he only recalled Mago asking other executives in the group chat if the practice was advisable. But Mago countered that she would have only acted upon instruction from a higher-up.

Dargani denies that the instruction to repackage the face shields came from him.

He says, however, that he recalls Mago asking if the move was advisable in a group chat.

Mago reiterates that she is only an "employee" and acted on her superiors' orders. | via @BellaPerezRubiopic.twitter.com/MgNM5BAoMU

The Senate panel's probe on "deficiencies" in pandemic spending flagged by state auditors has centered largely on the PS-DBM and its awarding of contracts worth at least P8.68 billion to Pharmally in 2020 despite the firm's recent incorporation just the year before with a paid-up capital of P625,000.

Individuals with close ties to President Rodrigo Duterte have been swept up in the controversy, including his former economic adviser Micheal Yang, who acted as Pharmally's financier and guarantor to Chinese suppliers.

Under scrutiny too is Lloyd Christopher Lao, a former election lawyer of Duterte, who was head of the PS-DBM when a bulk of the contracts were first awarded to the firm.