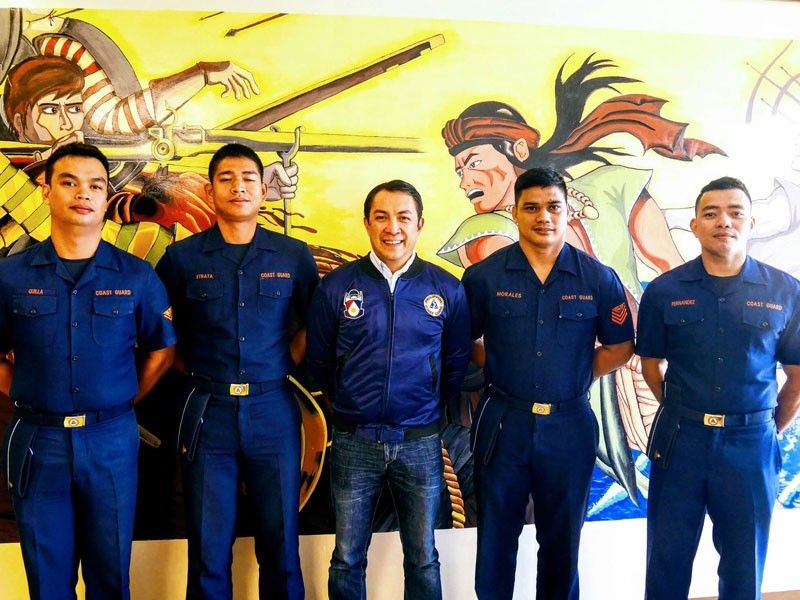 All in a day’s work for the Philippine Coast Guard’s Petty Officer Rey Fernandez and Apprentice Seaman Eugene Etrata, who are also both on the Philippine bobsled team.

The Philippine Bobsled National Team is composed of Fernandez, Etrata, as well as Seaman 2nd Class Raymond Morales and Seaman 2nd Class Rowell Quilla, who were unavailable for interview as they were on frontline duty. Fernandez and Etrata are drivers while the other two are brakesmen.

The Coast Guard’s motto is “Saving lives” so pulling frontline duty for both of them comes with the territory.

“We go where we need to go,” succinctly put Fernandez who admitted they are as adept on land and in below zero temperatures as they are on the sea. “It is part of our duty.”

Frontline duty has seen them deployed in sea ports to airports and currently to hotels where they oversee the quarantine of Overseas Foreign Workers and travelers.

Staying safe and healthy is already a challenge, but what makes it even more testy is dealing with their own countrymen.

“We brief them about what they need to do to comply with IATF standards and we make sure they follow it,” said Fernandez. “Unfortunately, meron din mga pasaway na hindi sumusunod.”

Both Coast Guardsmen hope that they pandemic will end and life will return to normalcy or whatever will pass for it.

“Yung pandemic, you learn not to take anything for granted,” added Fernandez, who is on a two-week furlough to be with his family in Tacloban, Leyte.” “You value life, family, friends, and your opportunities.”

And one of those opportunities is to represent the country in bobsledding.

The previous roster of the squad finished in the Top 3 of the Alberta Cup Provincial Championship at the Canada Olympic Park in Calgary.

According to Philippine National Bobsled, Luge, and Skeleton Association, Inc. President Buddy Cunanan, their goal is to compete in the next Winter Olympics.

“If the Winter Olympics is pushed back a year, we might be able to gun for that,” Cunanan said. “If it is held on schedule next year, it will be impossible as we have lost two season due to the pandemic. If that doesn’t materialize, then it will be for the Winter Olympics of 2026. However, in between, we will compete in the annual World Cup that will most likely be held in Whistler, British Columbia in Canada or Lake Placid, New York, or Park City in Utah, USA. We are also looking at some competitions in Canada.”

“We love the Coast Guard’s think-outside-the-box approach and their cooperativeness in this project for our country,” pointed out Cunanan.

The current team is looking forward to the opportunity. When they aren’t pulling COVID-19 frontline duty, the members of the team train on their own. In fact, Fernandez and Etrata are both on the basketball and dragon boat teams of the Coast Guard.