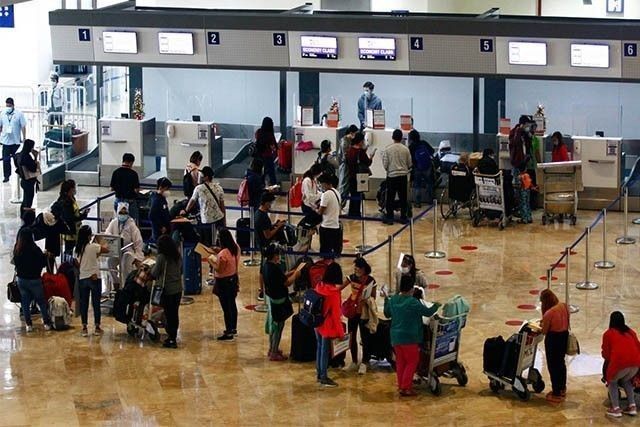 MANILA, Philippines — The Department of Health said it is monitoring two more variants of the virus that causes COVID-19 aside from the rapidly transmissible variant sweeping the United Kingdom.

Health Undersecretary Maria Rosario Vergeire said in a briefing Friday that authorities are also keeping an eye on the new COVID-19 variants detected in South Africa and in nearby Malaysia.

Based on the analysis of the Philippine Genome Center (PGC) of 305 samples collected in November and December last year, the variants found in the UK and South Africa have not yet been detected in the country.

Vergeire, in a message to reporters, said the three variants are already being monitored because they “reflect signature mutations in the spike region of the virus.”

What we know about the 3 variants

Experts said that viruses mutate all the time.

The World Health Organization said a variant of the virus that causes COVID-19 with a D614G substitution in the spike protein has replaced the initial virus strain identified in China. By June last year, it has become the most dominant form of the virus circulating worldwide.

The D614G, which was detected in the Philippines last June, was also the most common variant observed in local samples that were recently analyzed by the PGC.

UK authorities reported to the WHO in December 2020 that a variant of COVID-19 had been detected, which eventually prompted countries, including the Philippines, to impose travel restrictions on Britain. Preliminary findings suggest that the variant has increased transmissibility but analyses also indicate that there is no change in disease severity.

The DOH confirmed that an overseas Filipino worker in Hong Kong contracted the more contagious variant. It remains unknown where the female worker caught the variant that originated in the UK.

South African officials also announced last December the detection of a new variant in the country. The United Nations health agency said further investigations are needed to understand the variant’s impacts on transmission, severity of infection and vaccines.

The Malaysian health ministry also reported it had identified a new COVID-19 variant from samples taken in Sabah. It is still unknown whether the variant is more infectious than the others.

This development, however, prompted Sulu to impose two-week lockdown to keep the variant out from reaching the country’s shores.

The country has so far imposed travel restrictions on at least 27 countries that have reported the presence of the new variants.

The DOH said the country will continue its surveillance of the reported variants.

“This will be a continuing thing, this biosurveillance. We’re appropriating funds for the PGC so we can sustain this because this is an important surveillance system,” Vergeire said, adding they are getting samples from different regions, especially in areas in Visayas and Mindanao.

Aside from monitoring “entire genome for patterns of mutations,” the PGC is also doing cluster analysis with the lineage and whole genome.

“So meaning, even if the supposed variant is still not in the radar for surveillance of the country, once the PGC detects unusual mutation patterns, which might be the variant in question, then it will be noted and reported to us,” Vergeire said.

The DOH and experts called on Filipinos to remain vigilant and continue following minimum public health standards to cut the transmission of a variant and reduce the opportunities for virus mutation.