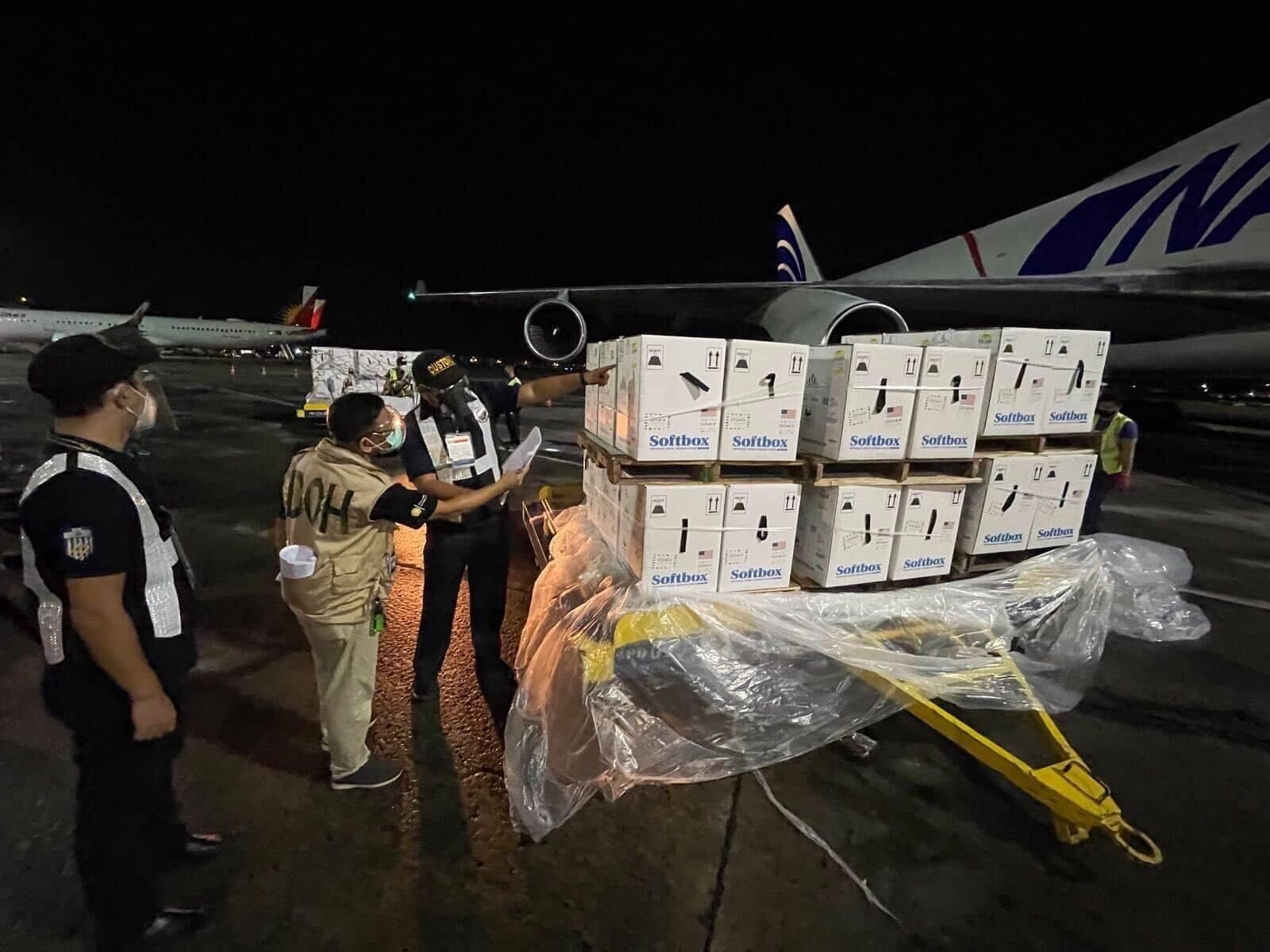 MANILA, Philippines — The Philippines on Sunday received 1,813,500 more doses of Pfizer's COVID-19 vaccine from the COVAX Facility as it prepares to inoculate its general population and children.

A National Airlines plane landed in Manila past 4 a.m. of October 3 carrying the additional Pfizer doses.

Philippines to start vaccinating general public vs COVID-19 in October

This shipment brought the country's supply of the said jabs to 16.63 million doses. Of that, 10.63 million were coursed through COVAX, while 5.99 million were procured by government.

The global initiative, co-led by the World Health Organization, has vowed to send in 10 million more vaccine doses to the Philippines in the coming weeks.

Its arrival comes as authorities begin vaccinating the general public and children this October, eight months since inoculation efforts began.

The figure is out of the target this year of inoculating up to 70 million. Some 24.51 million have received a first dose.

Vaccines that have been administered in the Philippines are Sinovac, AstraZeneca, Pfizer, Moderna, Johnson & Johnson, Sputnik V, and Sinopharm.