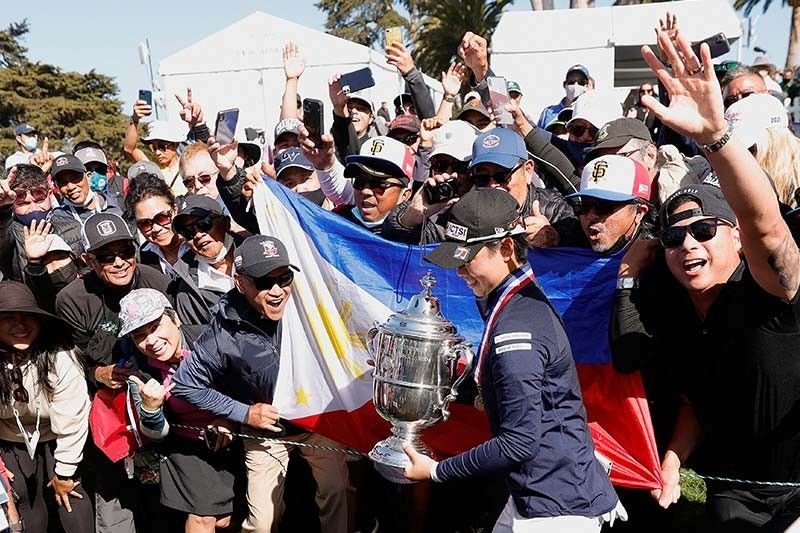 MANILA, Philippines — The Philippines has seen one of its youngest golfing stars shine in Filipino-Japanese Yuka Saso, but the US Women's Open champion wants to see more.

Asked about growing the future of golf in the Philippines, Saso sees the need for more grassroots programs for the sport — which is largely played by older Filipinos.

"We just need a lot of juniors, young people to play," said Saso shortly after winning the US Women's Open on Sunday (Monday, Manila time).

"I hope there's just more kids — younger golfers like me… I think that's what we need," she added.

Saso, 19, tied the record for the youngest ever to win the US Women's Open, joining South Korea's Park Inbee.

While Saso's win will likely inspire scores of young kids to pick up golf clubs, the newly minted champion said there has to be internal motivation from the kids themselves.

"Of course they need to love the sport, I think you have to like what you're doing," said Saso.

"I think you can't just expect everyone to play golf just because I won or something. I want them to like the sport," she added.

As she waits for more younger golfers to come out from the Philippines, however, Saso hopes to continue the winning culture for the country.

"This is not the end of my journey… It's a really happy day, it's a great day but it's not finished," said Saso.

"We got to move on and focus on my next tournament," she added.