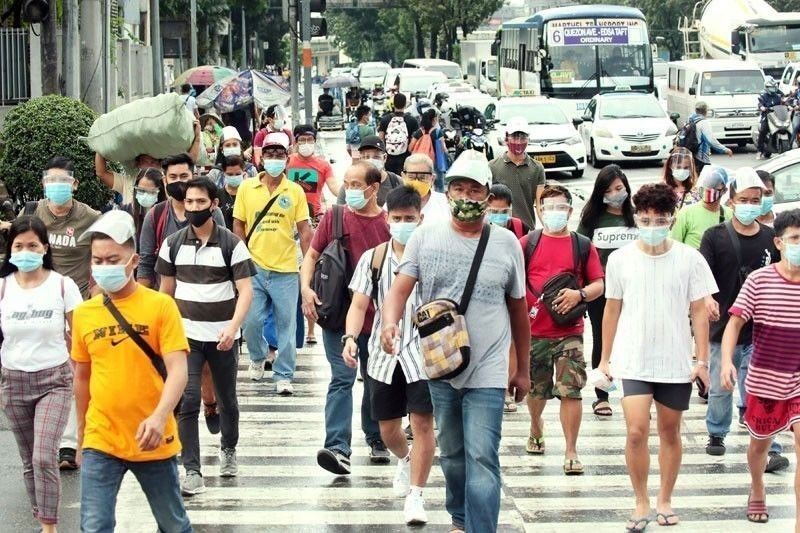 The Department of Health said 37 of these are local cases, while 17 are returning Filipinos from abroad.

Officials are still identifying if the last one remaining is a local case or an individual from overseas.

DOH added that, from the new local cases, 14 are from Calabarzon while eight are from Northern Mindanao.

Six, meanwhile, had indicated address in Metro Manila, another six in Central Luzon, two in Davao Region and one in Ilocos Region.

The health agency also reported that one of the additional cases has died. This brings the count of fatalities to four.

All 54 have since been tagged as recovered, with 12 active cases remaining.

The detection of more Delta cases comes as authorities officially declared local transmission of the variant at home.

DOH attributed the consecutive release of genome sequencing results in the past week to more resources for biosurveillance.

"Samples with more recent collection dates and those from areas with spikes were prioritized to determine the presence and spread of these variants in these areas," it said.

Apart from Delta infections, the Philippines also saw 179 new cases of the Beta, or the variant first detected in South Africa.

There were also 94 more cases of the Alpha, or that first seen in the United Kingdom, as well as nine of the P.3, the homegrown since downgraded to variants "under alerts for monitoring."

"With the establishment of the local transmission of the Delta variant, we need a swifter implementation of our response strategies," authorities said.

The government has moved to place Metro Manila under a stricter general community quarantine along with four areas until end of the month following the development.

Local and global updates on COVID-19 cases, outbreaks and containment efforts due to the highly contagious Delta variant, first identified in India. (Main image: Lockdown in Sydney, Australia in June 2021 by AFP/Saeed Khan)

The Philippines reports 55 new cases of the Delta variant of COVID-19.

This brings the total count to 119. Of the new infections, 37 are local cases and 17 are returning Filipinos from overseas.

DOH says 14 of the local cases are from Calabarzon, eight from Northern Mindanao, while six had indicated address in Metro Manila, six in Central Luzon, two from Davao Region and one from Ilocos Region. — Philstar.com/Christian Deiparine

The Department of Health detects two new cases of the Delta variant of COVID-19 in the Philippines.

They are OFWs with travel history from Saudi Arabia who returned to the Philippines on May 29, and have since recovered.

Health authorities also report 132 more cases of the Alpha variant, 119 of the Beta, and 3 of the Theta. — Philstar.com/Christian Deiparine

Australia's largest city Sydney is on a two-week lockdown to contain a sudden coronavirus surge and Russia's Saint Petersburg announced a record death toll, as several European nations lift restrictions despite the spread of the highly contagious Delta variant.

Britain's health minister meanwhile resigns after revelations that he had broken the government's own coronavirus restrictions during an affair with a close aide. — AFP