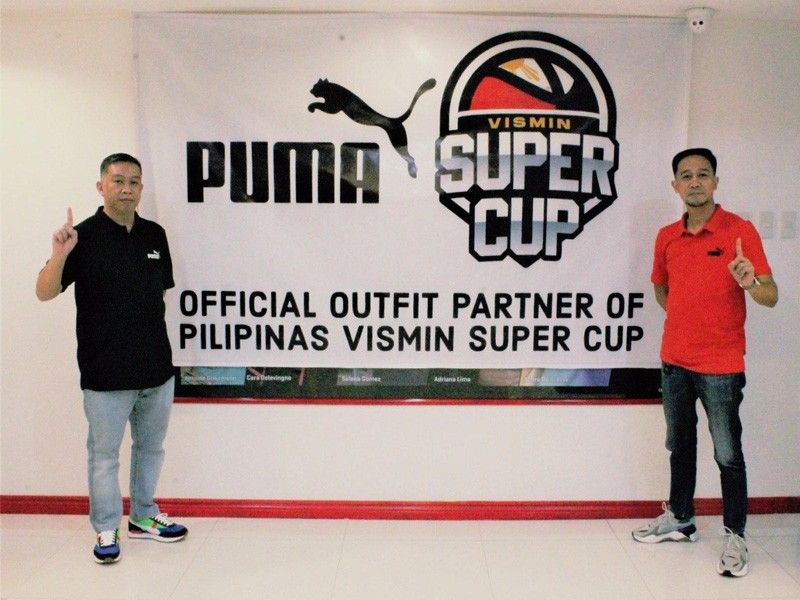 MANILA, Philippines – The inaugural Pilipinas VisMin Super Cup is starting with a bang with its partnership with a top global brand known for its sports and lifestyle apparel — Puma.

The two finalized a deal recently as Puma’s senior manager for sales marketing and operations Mike Aldover and VisMin Super Cup COO Rocky Chan signed the contract at the office of Cougar Athletic Trends (CAT) Inc. — the official distributor of Puma in the country — in Pasig City.

Aldover said that Puma sees the new league as an important way towards their aggressive drive to solidify the promotion of their basketball line since the goal of VisMin officials is to develop talents from the region.

“This is an opportunity for the brand to promote its basketball category, which we relaunched October of 2019. Currently, Puma basketball is globally recognized both by consumers and players,” said Aldover.

“We believe that VisMin Cup is a good venue for Puma basketball because of its grassroots talents on a nationwide reach. The benefit is a win-win-win situation. The brand wins by promoting Puma in VisMin and having it available across the market, the league wins by having the trust of the brand as we believe in the cause and its purpose.”

“Lastly, it is a win for the Filipino people — by giving all those involved with jobs, plus entertainment for Filipino that love basketball amidst the COVID-19 situation,” added Aldover.

Under the partnership, league officials, table officials and referees will be outfitted with Puma gears.

Chan, for his part, said that this is big and important for a new league to get the trust and confidence of a global brand.

“I think this is the first time that a big company known around the world is supporting a league — take note, a new league — in Pilipinas VisMin Super Cup. That’s why we’re very thankful to Puma, and we’re excited,” he said.

The inaugural season of Pilipinas VisMin Super Cup has a total of 12 teams — six teams each from the Visayas and Mindanao. The league starts April 9 under strict health protocols of a tournament bubble in Cebu City.

MJAS Zenith Talisay, one of the VisMin Cup teams, is sponsored by Puma.