Play games of trust and composure with Billy, Xian Viewers and studio players are in for games of trust and composure as Billy Crawford and Xian Lim host The Wall Philippines and 1000 Heartbeats-Pintig Pinoy, respectively. The game shows, produced by Viva with TV5 as partner, somehow remind everyone that life is a roller-coaster ride of emotions and decisions.

“This is probably the most exciting game I’ve seen in a long time,” said Billy in a recent virtual twin-bill media call with Xian. “You can win as much as P12M, ibang usapan na yon.” He added that there are three rounds that players will go through. There’s the possibility that their lives can be changed in a good way. “But there’s also risk,” Billy gave a sneak peek into the twist of the game, played by teams of two. “It’s challenging since someone has to take care of the ball and another person will stay in the isolation room to make big decisions (on what they will bring home).” The Wall Philippines will premiere on March 13 at 6 p.m. 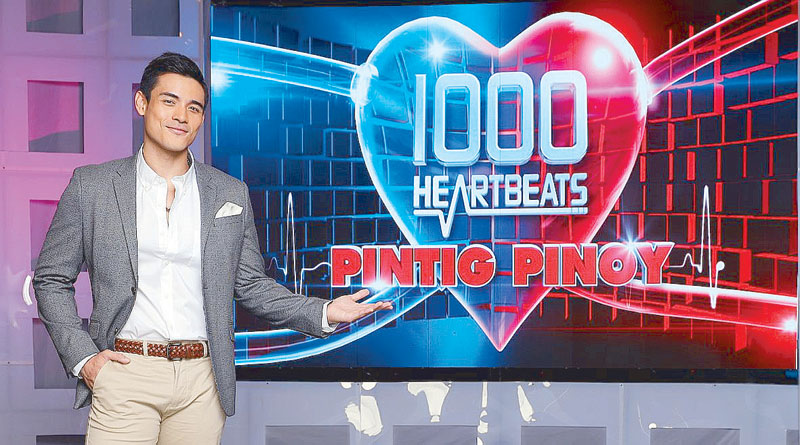 As for Xian’s show, set to air its pilot episode on March 21 at 8 p.m., the players need to “take care of their heart” that could lead them to either quit or continue the game. “Kawawa yung mabilis kabahan,” said he. “That’s how the game works. Yan ang game natin. For the players, that’s the exciting part, may nakakabit na heartbeat monitor. Para sa kabadong tao, they can’t keep (their nervousness to themselves) or hide it (from us). It shows on the screen which we call the pintig board. No matter how relaxed and calm they want to project themselves, hindi nila kami pwedeng lokohin. This is one of the elements of the game that is something different.”

The Wall Philippines and 1000 Heartbeats are franchise shows from the US and UK. The Philippine versions will follow the original formats.

“It is literal as close and identical to the American show,” said Billy. “The format is the same,” shared Xian. “(Audiences) They’re getting the full deal.”

During the press event, Billy said that given the chance to be a studio player, he wanted wife Coleen Garcia as his game partner.

“(She’s) matapang,” he said, “It is a game of trust because the person in the isolation room doesn’t hear and see anything. Kailangan lang niyang sumagot sa mga tanong. The person will find the results only after the game has been played. Masarap maglaro din dito yung either mag-ex or mag-asawa. (It’s also good to watch former lovers or couples playing the game.)”

Between the two, Billy is a veteran in game shows. Xian is the newbie, who has beauty pageant hosting stints under his belt.

“This is my first game show hosting work,” said Xian. “The reason why I accepted this project (was), ever since before, I’ve wanted to be a game show host. Sharing the same screen (for this press conference) with Billy is a huge honor. Since I was a kid, I would watch Billy and Luis (Manzano hosting). I always told myself that I hope I would have the chance to be a game show host.” He added that doing a game show has its own feeling of excitement whether the host acts as a game show master who controls the players’ emotions or who is just there for the contestants.

Billy, on the other hand, shared that his style of hosting is “high and energetic.”

“To become a host or a good host… (it’s) Tito Boy, who taught and told me, ‘Billy, no matter what happens, No. 1 rule is you have to listen to the person you are interviewing, even if you have a script with follow-up questions… Just be yourself and enjoy your time with that person or the people you’re with on stage.’”

(Watch The Wall Philippines and 1000 Heartbeats on TV5. Viewers can access both shows via the Cignal Play app. Download for free for Android and iOS users.)