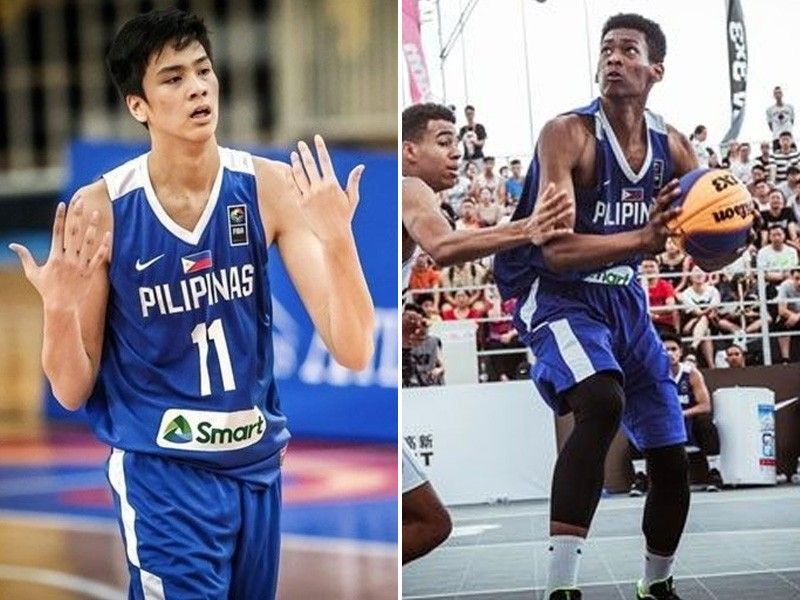 MANILA, Philippines — AJ Edu believes that his fellow Batang Gilas teammate Kai Sotto has made the right decision in choosing to pursue a career in the Australian National Basketball League (NBL).

This was what the Fil-Am big man told Noli Eala in Saturday's edition of Power & Play when asked about his friend's latest move.

Edu, who currently plays for the Toledo Rockets in the Mid-American Conference of Division I of the US NCAA, shared his two cents on Sotto's upcoming stint for the Adelaide 36ers.

"Immediately when I heard the news, I made sure to contact him and congratulate him," said Edu.

"I feel like it's a very good step for him. We've seen it work before," he added.

Edu saw Sotto's latest endeavor as an effective way to boost his draft stock when he becomes eligible for the NBA draft by 2022.

The 21-year-old cited Charlotte Hornets rookie LaMelo Ball, who played a season with the Illawarra Hawks in the NBL, as an example of the kind of success Sotto could enjoy when he gets to the NBA after his stay Down Under.

"LaMelo Ball was the number three pick, he came from the NBL. And I think this year they got a couple of draft picks coming out there… The point guard from the team that he's about to join is actually gonna be a draft pick," Edu said, pertaining to Josh Giddey of the 36ers.

"So, I mean, it's definitely a pathway that is proven," he added.

Sotto's other half of a towering frontcourt in their time with Batang Gilas, Edu believes there is no ceiling that his friend can't break through.

"The sky's the limit for him. As everyone knows, the potential that he has is incredible," said Edu.

"So it's just up to him… But the pathway that he's going in, I feel like it's the right direction," he concluded.