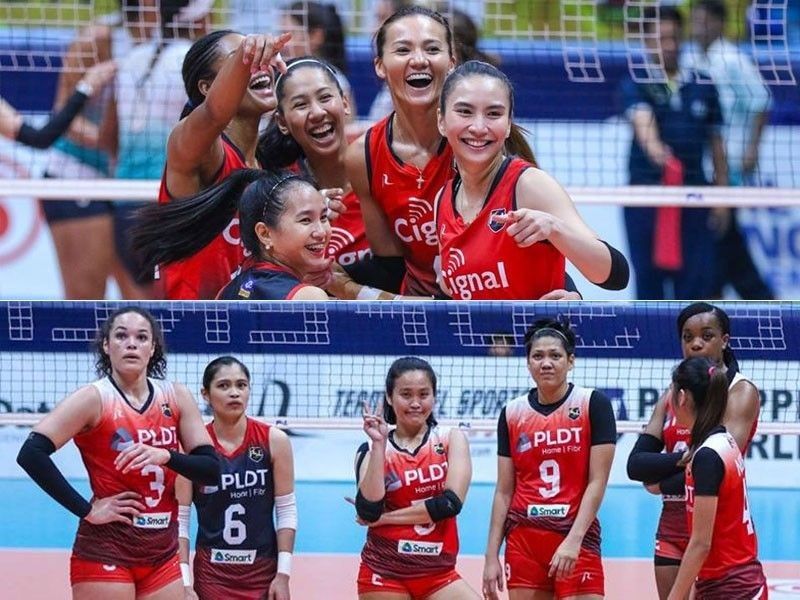 The sister teams, part of the Manny V. Pangilinan group of companies, made separate announcements yesterday that formally confirmed their entry to the country’s first professional volley league.

“We have always believed in the power of sports to make the lives of Filipinos better. The values that we learn in volleyball — such as teamwork, mindfulness, patience, grace under pressure, and discipline, among others — are important elements to the formula of success," he added.

Cignal, for its part, made the announcement on its Facebook page yesterday, saying “we are excited to announce that the Cignal HD Spikers are officially joining the PVL.”

It will be a homecoming for PLDT as it played and won championships in the Shakey’s V-League, which was the precursor of the PVL, six years ago.

"It definitely feels like a revival for our team since it feels good to be back home," expressed PLDT and SMART Head of Sports Jude Turcuato. "With our campaign in PLDT, which is 'the strongest connections are at home', it was about time that we go back to our roots which is the PVL. It's just refreshing to have a new beginning."

Roger Gorayeb will coach the Fibr Hitters while the HD Spikers have yet to name its mentor after Edgar Barroga left to join league newcomer Peak Form.

Shaq delos Santos, who mentored the national women’s squad in the 2019 Manila Southeast Asian Games, could be the possible successor after he was named as an lead assistant last year when the team was still with the Philippine Superliga.

Rachel Anne Daquis will skipper the Cignal team that is also bannered by Ranya Musa and Angelique Beatrice Dionela.

Jovelyn Gonzaga is also a vital part of the squad but it is not yet known if she will play for Cignal or another PVL team in Army where she is an enlisted military personnel.