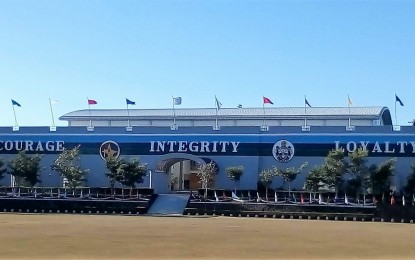 BAGUIO CITY – The Department of Health (DOH) in the Cordillera said an additional 1,000 polymerase chain reaction (PCR) test kits were given to the Philippine Military Academy (PMA) to expand its mass testing capability for coronavirus disease 2019 (Covid-19).

The 1,000 kits were requested by PMA from the National Inter-Agency Task Force (NIATF).

In the second week of December, there were PMA 150 personnel tested by the Bases Conversion Development Authority (BCDA) medical personnel where one who tested positive for Covid-19.

The IATF, the city government and PMA decided to do expanded testing for cadets and personnel.

“They were provided 1,200 test kits before Christmas and the result started to arrive before New Year,” Constantino said.

The test yielded 72 positive results out of 53 cadets, 16 waiters and three cooks, he said.

On January 4, PMA announced that the academy was locked down for several months with activities of the cadets placed on a bubble, their classes held virtually due to the threat of the pandemic.

Maj. Cherryl Tindog, PMA’s chief of the public affairs office, in a statement said “it is with deep concern that the Academy confirms the positive Covid-19 cases among the cadets and its military and civilian personnel.”

Disinfection of the affected areas was also done, she said.

She added that those who tested positive are asymptomatic. (PNA)