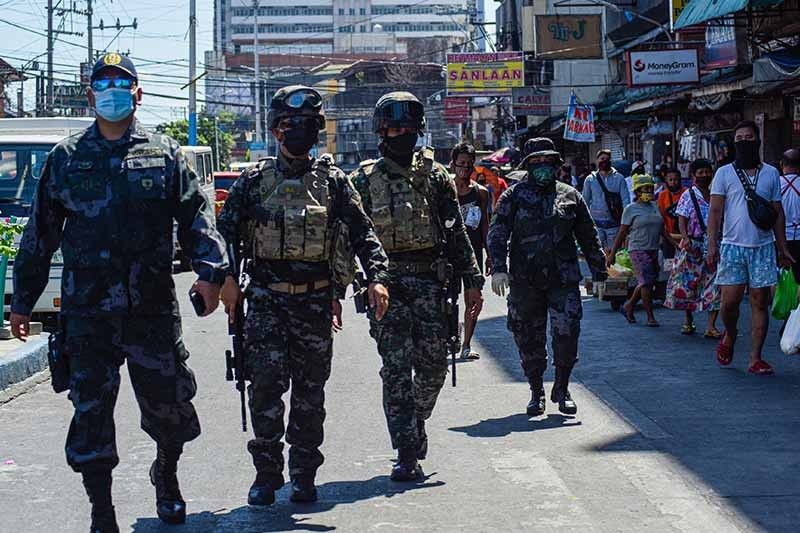 MANILA, Philippines — More than 1.5 million violations of COVID-19 health standards have been recorded since August 2020, with the non-wearing of face masks emerging as the most common infraction, the police said.

During a meeting of the government's pandemic task force on Wednesday, Police Gen. Debold Sinas reported that there were 1,503,273 violations of health protocols from Aug. 20, 2020 to March 23, 2021.

"As to the number of occurrences of 1.5 million recorded (violations) nationwide, NCR (National Capital Region) recorded the highest number of violators, which is 260,000 or 17.31%," the Philippine National Police chief said.

"On the recorded mandatory health protocol for the past eight months, the highest recorded violation is the non-wearing of face masks," he added.

Sinas said the non-wearing of face mask is "consistently the number one violation committed by the public." The highest numbers of violators of the protocols on face masks and physical distancing were recorded last September, the police chief said.

Most of the arrested individuals, 7,058 of them, have been released.

Sinas said the Manila Police District recorded the most number of apprehended violators despite the lowest number of deployed curfew implementers.

Sinas, nevertheless, said there has been an "observed downtrend" in the recorded violations in minimum health standards since September.

The police chief recommended the giving of continuous support to local governments and agencies in charge of socioeconomic activity while implementing curfew and health standards; sustaining the massive information drive on health standards, and the inclusion of deployed Joint Task Force COVID Shield personnel in the vaccine priorities list.