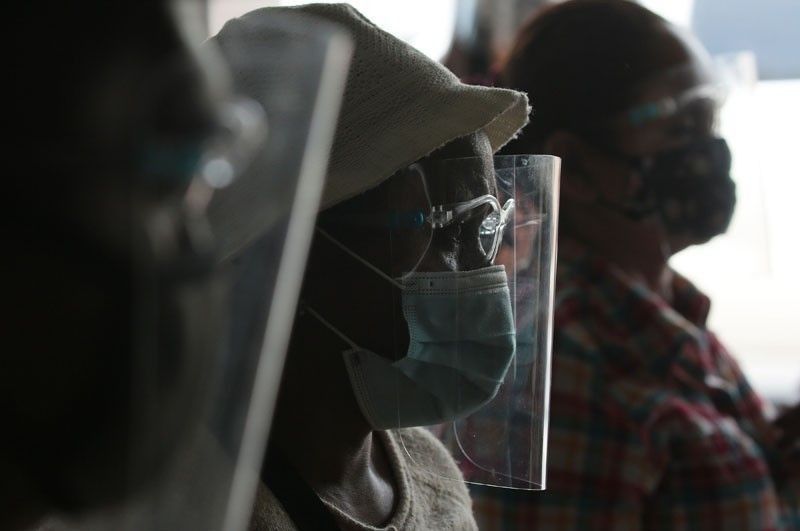 MANILA, Philippines — The chief of the Philippine National Police on Friday instructed cops to refrain from punishing violators who are caught not wearing face shields, saying that they should be cautioned instead following recent confusion over the government's standing policy.

This comes a day after the uncertainty stirred by President Rodrigo Duterte's comment, confirmed by Senate President Vicente Sotto III and Malacañang, that face shields should only be worn in hospitals.

The government’s task force on pandemic response, however, has not loosened the requirement of wearing face shields in public and recommended to the president that they continue to be required in indoor spaces, commercial areas, public transport, terminals, and places of worship.

"[W]e will continue to enforce the existing policy until the President decides on the matter and the IATF amends the guidelines," Police Gen. Guillermo Eleazar, PNP chief, is quoted as saying in a statement from the agency.

"If there is any change, the PNP will wait for the amended guidelines to be lowered so that we can implement them. For now, status quo first and we will first follow what the guidelines say to avoid confusing the public in this matter," he also said in Filipino.

Eleazar, however, told cops on the ground not to hurt those apprehended for failing to wear face shields. "Let's just caution first those without face shields," he said in Filipino.

"We also have a directive to our police to give face masks to those caught not wearing them," he added.

In December last year, the PNP announced that cops would be handing out face masks and shields instead of immediately arresting violators of health and safety protocols.

President Rodrigo Duterte last month, however, renewed his directive to the PNP to arrest and detain persons not wearing face. The PNP said it would comply with this order.

Eleazar a few days later barred police from punishing those caught not wearing masks and said Duterte's order is reserved only for hard-headed people who repeatedly ignore health protocols.

“I understand the concerns of some people regarding the arrest of those not wearing face masks but this is a needed measure to ensure compliance of the people to observe the minimum health safety standard protocol,” he said then.

— Bella Perez-Rubio with reports from Franco Luna and The STAR