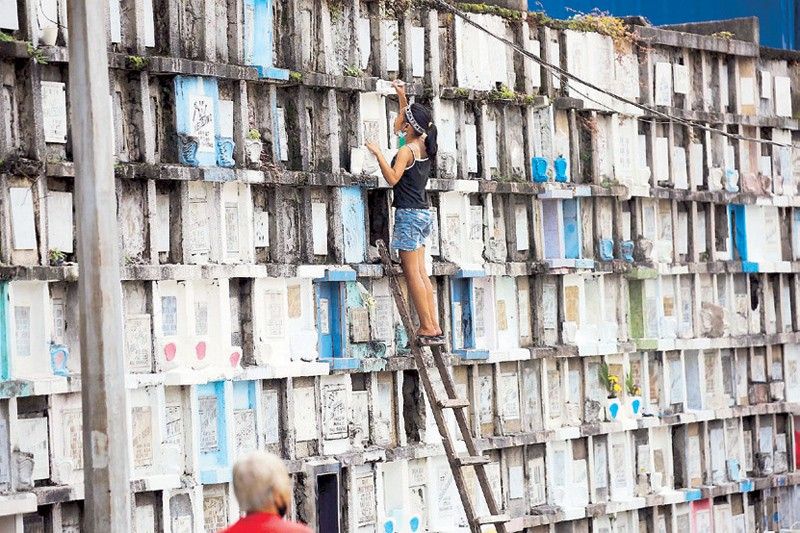 MANILA, Philippines — The Philippine National Police has set its sights on security preparations during the Undas break with the certificate of candidacy filing period now officially over.

In a statement sent to reporters Sunday, Police Gen. Guillermo Eleazar, PNP chief, said that early security preparations for Undas "have been proven effective in ensuring the safety of the public on big events that include the Undas on November 1 and 2."

"As early as now, I have instructed our unit commanders to begin preparing for the security that will be laid down for the upcoming All Saint's and All Soul's Day next month," said Eleazar, though he did not say what these preparations were.

During the Undas break last year, some local governments opted to close down cemeteries and memorial parks on November 1 and 2 in anticipation of the rush of people amid the threat of the coronavirus.

With all cemeteries, memorial parks, and columbariums closed from October 29 to November 4 last year, Metro Manila's police district deployed over 77,000 cops to "secure" more than 100 cemeteries in and around the Metro.

Some LGUs, on the other hand, implemented visiting schedules in order to ensure that the observation of Undas would not turn into a super spreader event.

On the days that visits to cemeteries will be allowed, Eleazar said cops "would strictly monitor" visitors and "guarantee that the minimum health standards will be followed."

With the filing of certificate of candidacy period now over, Eleazar also encouraged PNP personnel to get registered as voters and exercise their right to vote.

"I am encouraging our personnel who have not yet registered to take advantage of this extension. I am ordering our units commanders to give your men the time to do so," Eleazar said.

"The right to suffrage must also be exercised by the policemen as this is part of the obligation of the Filipino people as responsible citizens," his statement also read.

Eleazar, who has historically backed President Rodrigo Duterte's orders and policy decisions, has said he would not tolerate blatant partisanship from police personnel.

The PNP chief added that the police are now focusing their security measures on the resumption of the voter’s registration across the country.

“All chiefs of police and other unit commanders are expected to maintain the same level of alertness and for them to use the same security measures in Comelec offices and other registration sites,” Eleazar said.

Share
Previous Jury in Nunavut coroner’s inquest rules 2016 death of man shot by RCMP a homicide
Next Taiwan will not bow to China, president says under growing pressure to accept Beijing’s rule