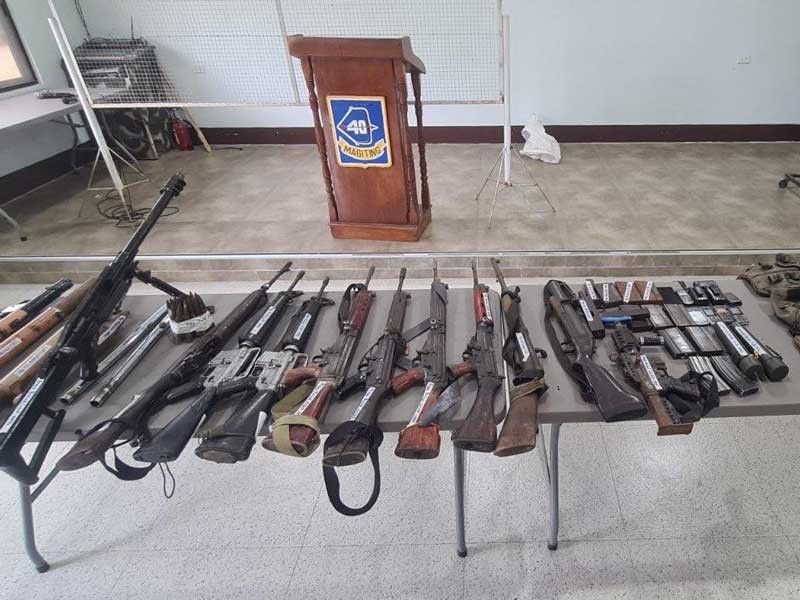 MANILA, Philippines — Ahead of the 2022 elections, the chief of the Philippine National Police chief on Sunday ordered an aggressive campaign against loose firearms as he urged all chiefs of police and other area commanders to intensify their accounting of all unregistered guns in the country.

Police Gen. Guillermo Eleazar said that the directive was meant to complement his earlier directive for police to crack down on all private armed groups to ensure that "both the goons and loose guns will not be used as instruments to sow violence in next year’s polls."

This comes after the PNP chief earlier voiced his support for President Rodrigo Duterte's proposal to arm volunteer civilian organizations to serve as force multipliers, which Eleazar himself once justified as their participation as "partners of the police in fighting crime."

“I have already instructed all our chiefs of police and area commanders to intensify the accounting of loose firearms as part of our early preparation for the peaceful, honest, and orderly conduct of elections next year,” Eleazar said in mixed Filipino and English in a statement sent to reporters Sunday afternoon.

"This includes tight operations against gun-running syndicates and guns that have not been renewed for a long time because they can be used as instruments of violence to influence the outcome of Election 2022," he added.

Eleazar said that the move was to prevent election violence that includes the assassination of rival candidates and supporters and threatening supporters of certain candidates.

The PNP chief emphasized the need to prepare early for the election security in order to come up with strategies that would deny threat groups the opportunity to influence the elections, especially in the provinces.

He added that the PNP intelligence community is currently validating reports on the number of loose firearms, especially those owned by criminal syndicates.

"We all want to have peaceful and honest elections next year but this is an aspiration that requires the cooperation of the COMELEC, the police and the Filipino people," said Eleazar in Filipino.