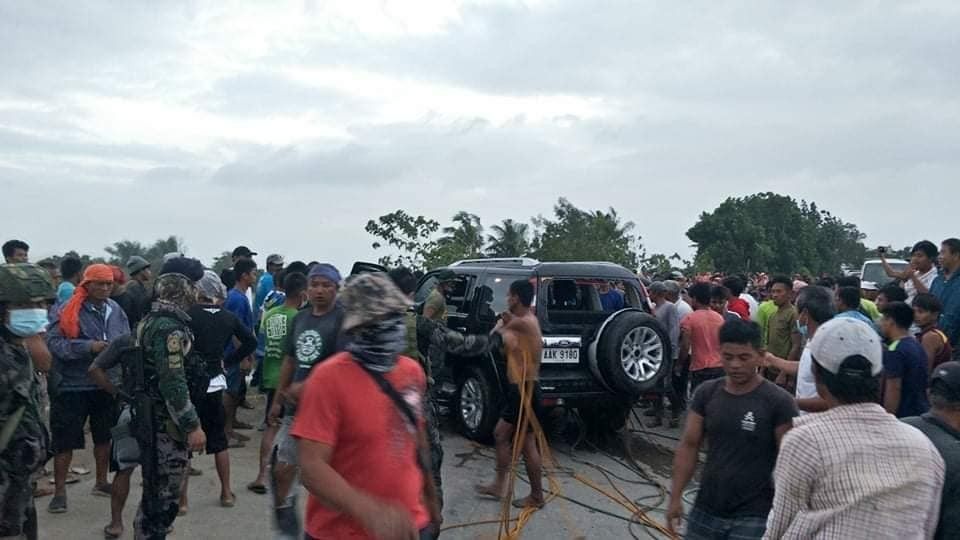 MANILA, Philippines — The national police leadership ordered Monday an investigation into the deaths of 13 people, including children, when an SUV fell into a canal in Kalinga on Sunday.

Citing reports reaching the PNP Command Center, Sinas said the 13 drowned inside a black SUV after it fell into an irrigation canal at Barangay Bulo, Tabuk City. The SUV was at a curve in the road when it fell into the canal.

The report by Police Brig. Gen. Ronald Lee, Cordillera police regional director, said that the vehicle was driven by Soy Lope Agtulao, an employee of the Bureau of Jail Management and Penology.

"Initial investigation showed the vehicle came from Tadian, Mountain Province headed for Bulo Lake. Onboard were 14 other passengers among them, seven children and eight adults," the report read.

The thirteen who passed away are:

Personnel from the 1st Kalinga Provincial Mobile Force Company and civilian volunteers were among the first to respond to the incident.

Rescuers brought 11 victims to the Mija Kim Medical Center, but the latter were pronounced dead on arrival.

Two others were brought to the Kalinga Provincial Hospital where they were also declared dead.

Kalinga Gov. Ferdinand Tubban, in a separate statement, instructed the Provincial Social Welfare and Development Office to see all possible assistance that may be given to the bereaved families and reminded the community on the "observance of surgical lockdowns that were imposed on identified areas and the prohibition of unessential activities."

"I extend my deepest sympathy to the family of these victims. May their souls be at peace and I hope that our Creator brings you the much-needed peace during these trying times, the PNP chief said. — Franco Luna