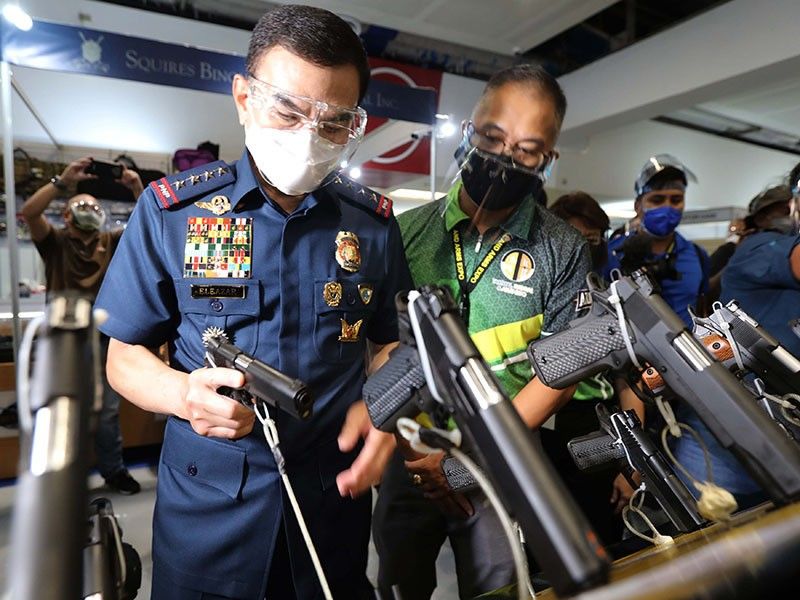 MANILA, Philippines — After President Rodrigo Duterte made accusations at his sixth and final State of the Nation Address on Monday evening, the leadership of the Philippine National Police ordered a thorough investigation into what it said was the president's "revelation" that nine police generals were involved in drug trafficking.

Government officials, including those in the PNP, have long taken as policy the statements the president makes in his meandering speeches. Uniformed personnel in particular have shown a willingness to rush to implement policies that he mentions in pre-recorded meetings that are aired at night.

Related Stories
Five things Duterte was expected to discuss at his sixth SONA (but didn’t)
FULL TEXT: Duterte’s 2021 State of the Nation Address

In a statement sent to media, Police Gen. Guillermo Eleazar, PNP chief, said police would look into Duterte's claim immediately. It is unclear where the investigation will start, as Duterte did not disclose much.

Although Duterte did not give any details about the generals supposedly involved in drugs, the PNP chief said it would be investigated and that they will "identify senior PNP officials who are allegedly involved in illegal drugs,” Eleazar, who was present at the SONA Monday, said.

"I repeat, there is no room in the organization for corrupt police, especially those involved in illegal drugs."

Some government officials are now inside the Batasan complex. Among them are Philippine National Police chief Guillermo Eleazar and presidential legal counsel Salvador Panelo. | via @XaveGregorio

What did the president say?

The subject of illegal drugs was a consistent theme in the president's final SONA, delivered amid a coronavirus pandemic that has infected more than a million Filipinos.

After going back to the topic multiple times, Duterte said that nine high-ranking police officials were linked to drug trafficking. He did not reveal their identities or explain why he knew this.

"That is what weighs on me. I did not know that I was fighting my own government," the president said.

"Who would believe that nine generals sa pulis were into trafficking of drugs? And because they are policemen, the charges simply just, you know, disappear there."

In 2016, Duterte named five police generals whom he said were involved in the illegal drug trade. He dismissed two of them in 2017 for serious neglect of duty and irregularity in performance.

'Six years not enough' to stamp out illegal drugs

During his campaign to the highest post in the land, the chief executive presented himself as a tough-talking, no-holds-barred man of the people and promised quick and easy solutions to corruption, crime, and illegal drugs.

However, he has since failed to meet his own self-imposed deadlines even after asking for extensions. He claimed on Monday that this was because of his six-year term limit.

"Making a difference within the constitutional time is what I am up against…the Constitution only afforded me six years to make those changes happen," he lamented.

"I bore no illusions that steering a nation towards a comfortable life for every Filipino would be easy. Indeed the past five years have been challenging and humbling."

The government's own data has been cited by the United Nations Office on Drugs and Crime, which argued that crystalline methamphetamine or shabu "remains the main drug of concern in the Philippines."